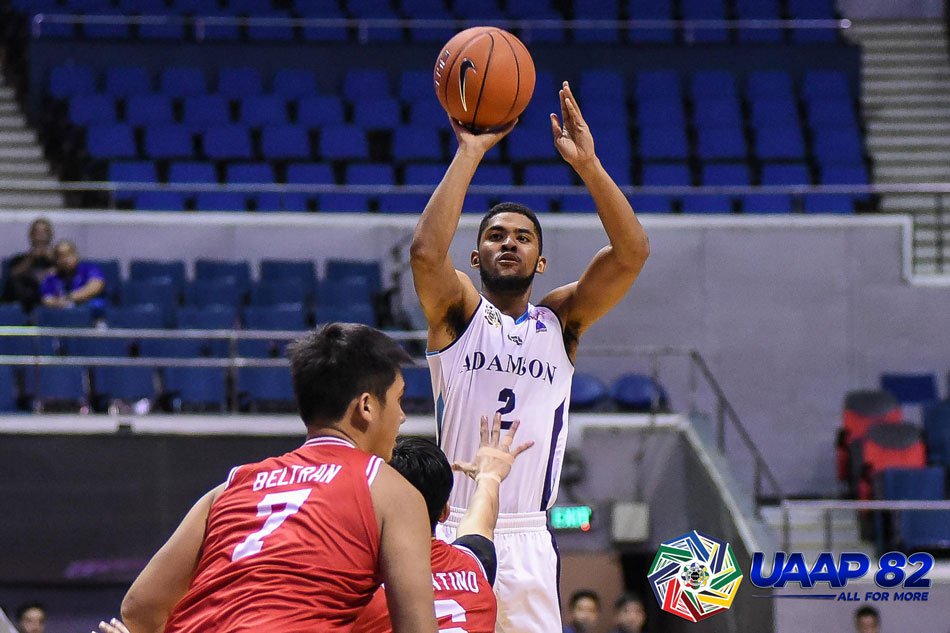 The Red Warriors duo was unstoppable in the second half as they came one point shy of matching the Soaring Falcons' total production in the final two frames.

Diakhite unloaded a career-high 29 points, 13 rebounds, three assists, and two blocks, while Suerte clocked in 26 points, seven boards, and three assists to help UE win back-to-back games and pull even with Adamson with their identical 3-5 cards.

The Diakhite-Suerte tandem was instrumental in the Red Warriors' 17-6 run that turned the game from a 50-48 deficit for their side to a commanding 65-56 lead with 8:59 left to play.

Jerrick Ahanmisi rallied the Soaring Falcons back in the game and got to within one, 69-68 with 5:28 remaining, but the UE tandem was just too much as they restored order at 77-71, with 1:53 left.

But it's not just the two, with Chris Conner adding seven points, two rebounds, and an assist, while Philip Manalang tallying five points, six boards, and three assists in the win.

Shooters Ahanmisi and Valandre Chauca were both atrocious from the field as they shot a combined 8-of-30 clip as the Soaring Falcons have now lost back-to-back games.