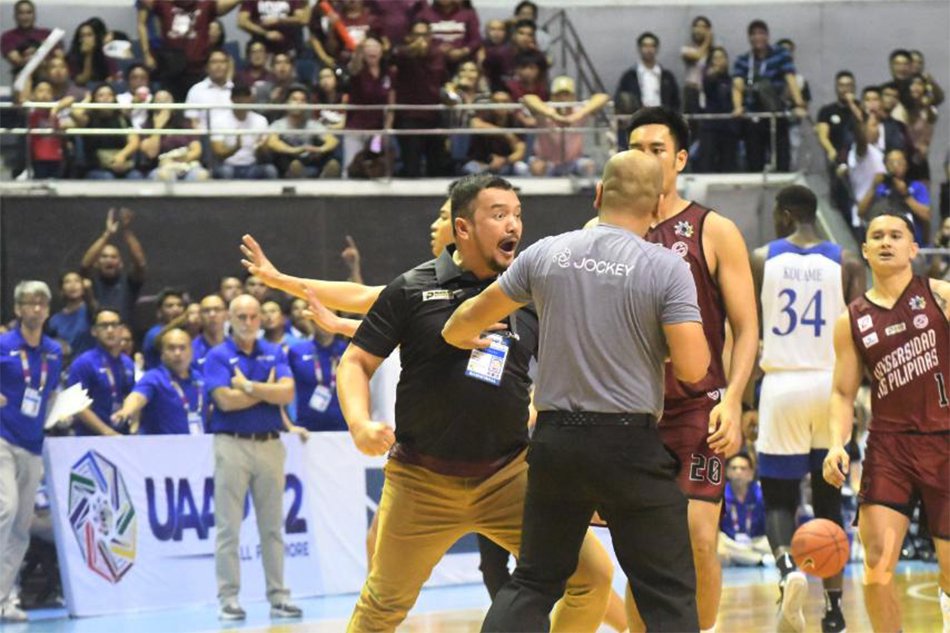 The punishment stems from the actions he displayed during the Fighting Maroons' game against the Ateneo de Manila University Blue Eagles last Sunday, September 29.

"After thorough review and careful deliberation made by the technical committee, we deemed it fit that the penalty of three-game suspension handed to coach Bo Perasol for his actions in the game between Ateneo de Manila University and the University of the Philippines last Sunday," said UAAP Basketball Commissioner Jensen Ilagan.

With 6:23 left in the third period of the said game, Perasol entered the playing court before confronting game official Jaime Rivano. He was handed two technical fouls for his unsportsmanlike behavior that led to his disqualification.

Based on Art. 9.2.1 of the UAAP General Tournament Guidelines, 2019, "A student-athlete, coach, trainer, or team manager, team official or any accompanying delegation member who is disqualified, thrown out of or ejected from unsportsmanlike behavior from the game by the concerned game official shall not be allowed to play in the immediately succeeding game. Should said game be canceled, the suspension will be served in the game that immediately follows."

An additional two-game suspension was meted on Perasol for committing "continuous flagrant acts of aggression" towards the game official after being restrained repeatedly by the UP Fighting Maroons team members.

"Do acknowledge that similar actions of the same grain shall be dealt with similar penalties," added Ilagan.

"May this incident be an example for players and coaches alike to exhibit tremendous restraint and discipline, not just towards officials but everyone on the court. We'd also like to remind the teams that there are proper avenues to raise these contradictions and complaints to protect the sanctity of the game we all love."