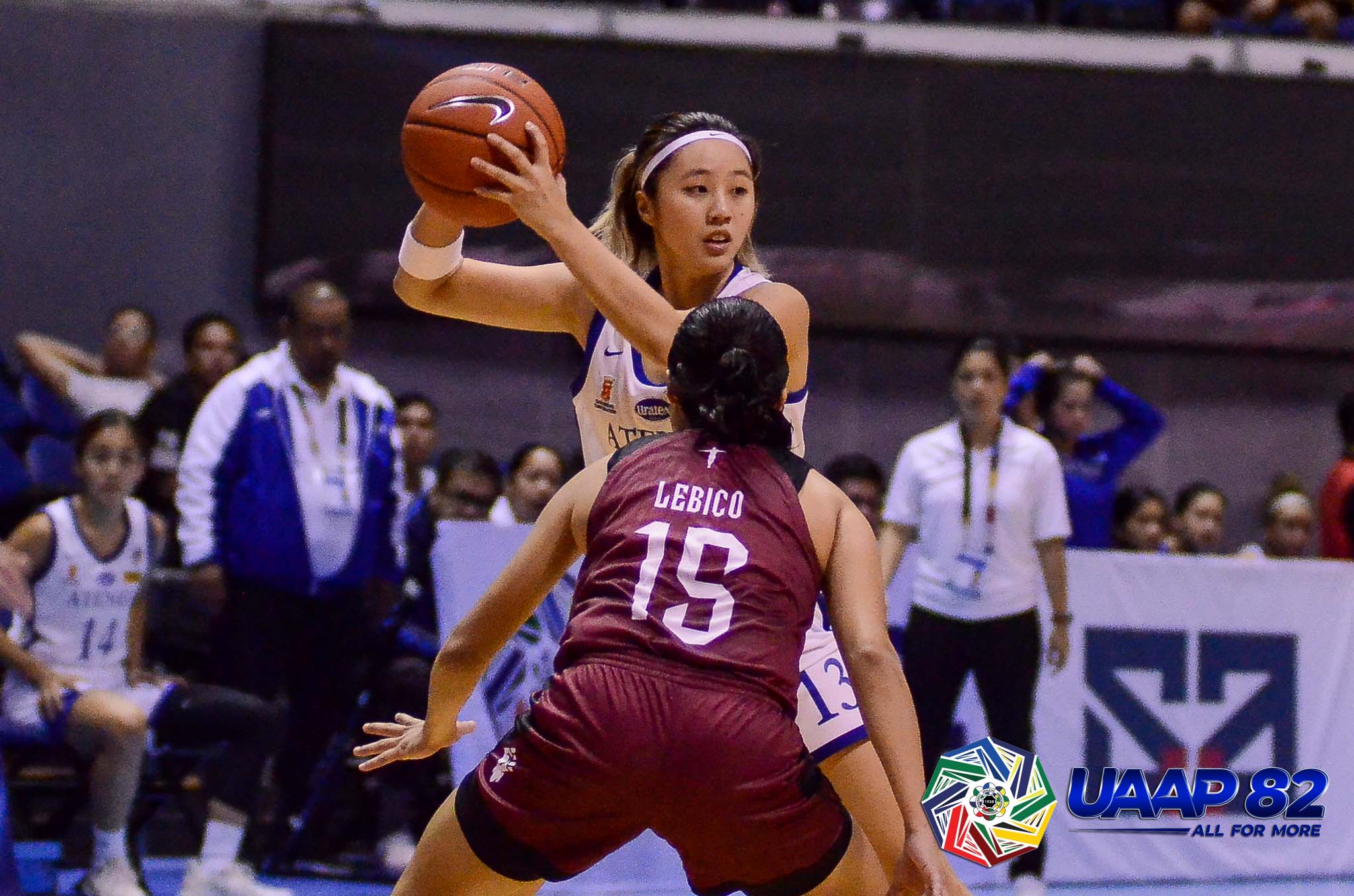 Kat Guytingco came alive in the second half, scoring all of her 13 points, while also collecting five rebounds, three assists, and one steal to help the Lady Eagles end the first round on a high note.

"She sat out for most of the first two quarters and that fueled her to do more sa second half," lauded coach Kat Quimpo of her fifth-year guard.

Jhaz Joson added 13 points, seven boards, and four assists, while Zoe Chu had 12 points and three rebounds in the win.

"It's a much-needed win," said Quimpo. "The loss have been taking a toll on us emotionally. We expected so much from our first round, but we didn't get what we expected. But it's good that we're back on the winning track.

"At least, now we know what to work on. It's been a roller coaster ride for us, but it's good that we have all these learnings heading into the second round," she continued.

Pesky Pesquera led the Lady Maroons with 15 points, nine rebounds, and three assists, while Jona Lebico had 10 points, five boards, and three steals in the defeat.

UP remained the only winless team for this season as its losing skid extended to 37 games.