God is still in charge 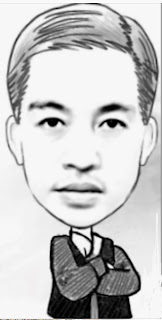 “It is an easy thing for one whose foot is on the outside of calamity to give advice and to rebuke the sufferer.”

THE wrath of nature has been manifested once again in the savagery first of typhoon “Agaton” and now “Basyang”, which have caused major inconveniences and sadness to many Filipinos still smarting from devastation of previous typhoons and the onslaught of small but restive Taal volcano which spewed steam and ash only on March 22.

What a way to celebrate the Holy Week. As of 10 a.m. on April 12 in the Philippines, Basyang, according to state weather bureau PAGASA, was about 1,435 kilometers east of Southern Luzon and was heading north northwest at 20 kph.

It has peak winds of 120 kph near the center and gusts of up to 150 kph. PAGASA said the typhoon is not expected to have direct effects on the weather and sea conditions of the country.

We are hoping that everything will be quickly back to normal in as far as the weather condition is concerned.

Filipinos are tired of calamities. Hardly had we recovered from the nightmarish pandemic that almost ravaged our economy, the Filipinos can’t afford to be battered by natural calamity after another calamity.

Not to mention yet the biggest calamity that might hit the Philippines not caused by nature. It’s when the Filipinos make a major mistake of electing the wrong leaders in the coming May 9 election.

We are confident God is still in charge. There are signs we can still survive as a humanity amid all the global catastrophes.

All these typhoons, volcanic eruptions, invasion of Ukraine by Russia that triggered a series of oil price hikes, unemployment, human trafficking, the feared resurgence of COVID variants, the growing emergence of false prophets that lead the blind to spiritual, economic and political abyss, will come to pass.

We are alarmed by reports that some desperate Filipino women victimized by “marriage for green card” scam in the United States are now in danger of altogether losing their chances of obtaining a green card or legal status in the US after they filed a case for Violence Against Women Act (VACA) against their “husbands” in order to get a temporary working permit and the chance to earn a permanent residency—if they can get away with the shenanigan.

Signed by President Bill Clinton on September 13, 1994, the Violence Against Women Act of 1994 (VAWA) is a United States federal law (Title IV of the Violent Crime Control and Law Enforcement Act, H.R. 3355). The Act provided $1.6 billion toward investigation and prosecution of violent crimes against women, imposed automatic and mandatory restitution on those convicted, and allowed civil redress when prosecutors chose to not prosecute cases.

The Act also established the Office on Violence Against Women within the Department of Justice.

Interestingly, the Department of Justice is the same agency that recently unearthed the scam involving “wives” allegedly victimized by abusive “husbands.”

These were the cases where the women involved in “marriage for green card” scam filed cases for VAWA as “victims” after the American citizens they paid in arranged marriages didn’t show up for the final interview with the immigration.

This can be case of scam after scam, or applying a scam as a solution to “solve” a scam.

HAPPINESS DRINK. A study involving more than 1,000 Japanese people age 70 or over found that those who drank at least four cups of green tea a day enjoyed better moods than those drinking a cup or less. The uplifting ingredient is theanine, the researchers believe.

People who eat at least a quarter-cup of rice per day consume 54 fewer daily calories.

We generally pair rice with lower-cal foods like veggies and fish, theorize the Iowa State researchers, and we don't slather it with butter or cheese.

To gain the weight-losing benefit, eat it solo or as a side with lean stir-fries.