RSA hands P10-M cash to Hidilyn, thanks the Olympic champ for lifting the Filipino spirit 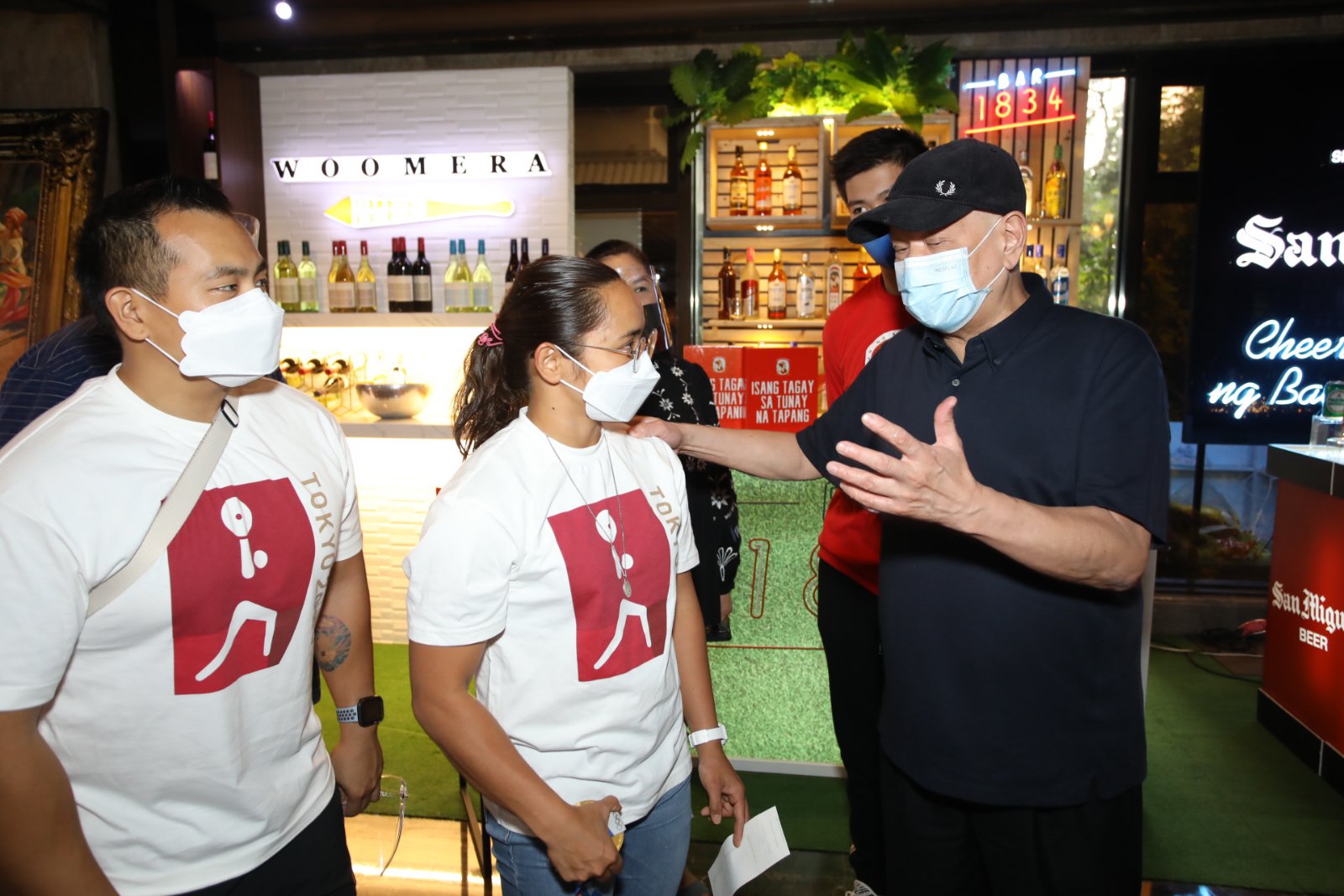 Ang said that with momentum on her side and confidence still strong after winning the country’s very first gold medal recently, the 30-year-old weightlifter Diaz can establish another record by capturing another one in the 2024 edition scheduled in France, and, in the process, also embolden other Filipino athletes to aim higher in international competitions.

“Hidilyn is the country’s trailblazer in our successful Olympic gold medal quest. After years of heartbreaks, she came through for us and we are very thankful as a nation. We encourage her to go for another gold and inspire more athletes to believe that they can achieve more,” Ang said.

“Her victory comes at a very crucial point in our country’s history when we are grappling with a pandemic and a lot of Filipinos are looking for hope as we fight this virus and cope with the difficulties it has brought,” he added.

Ang, who met Diaz, a Ginebra San Miguel brand ambassador from 2019, personally handed to her a P10 million check, as his personal gift for her winning the gold. Aside from Diaz, boxers Carlo Paalam and Nesthy Petecio will receive also receive P5 million each from Ang for winning silver medals, while P2 million will go to bronze medal-winning boxer Eumir Marcial.

Ang said that despite the windfall of incentives Diaz has received, he wanted to help ensure the Olympic gold medalist and her family will always have a steady and sustainable source of income.

That is why apart from the P10 million incentive, he is also giving Diaz two Chick ‘N Juicy chicken rotisserie franchise outlets from San Miguel Foods, Inc. as a gift. One outlet will be located at Eastwood City in Libis and while another to be set up at her home province of Zamboanga.

“We know that after winning the Olympic gold, there’s a downpour of incentives both from the government and the private sector for Hidilyn and our other Olympic medalists the past few weeks. My advise to her is of course to be smart with her finances--to spend and invest wisely, and to plan for the future,” Ang said.

“With the franchise outlets, we will assist Hidilyn every step of way in her journey as an entrepreneur so that she can also help other people in need of jobs. In addition to the physical stores, equipment, and training, we will also provide the initial stocks for free to get her started,”he added.

Ang also asked Diaz to use her influence to encourage more Filipinos to follow health protocols and get vaccinated against COVID-19.

“Being a world-class athlete takes a lot of discipline and adherence to time-tested rules in order to be the best. Beating this pandemic requires the same. We can all do our share by being diligent with following health protocols, and getting vaccinated. There is a Hidilyn in each one of us and we can all carry the country’s weight on our shoulders through this difficult period,”Ang said.

A longtime supporter of Philippine sports, SMC backed the Philippine team that ruled 2019 Southeast Asian Games with a haul of 149 gold medals, 117 silvers, and 121 bronzes.

With the help of SMC, the Philippine team also won the overall championship in the 2005 Southeast Asian Games with 112 golds, 85 silvers, and 93 bronzes.