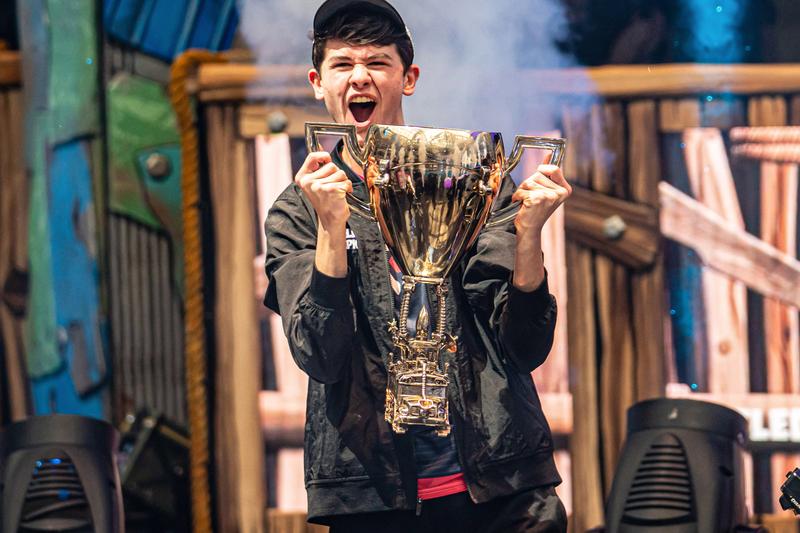 NEW YORK — Fortnite has wrapped its first-ever massive sporting event in New York’s Arthur Ashe tennis stadium. It was anyone’s game: It didn’t matter how famous a player was nor what large organization was backing each member of the all-male playing field.

Beating out other pros and famous streamers, Kyle ‘Bugha’ Giersdorf, 16, made a name for himself by dominating from the first round and ultimately taking home the $3 million grand prize for individual players. That’s the largest-ever payout for a single player in an esports tournament.

After securing a victory in the first round and nine in-game kills, Giersdorf went on to rack up dozens of in-game kills each round, until he ended up with 59 points — a huge lead over the second-place winner.

“Words can’t really explain it. I’m so happy,” Giersdorf said. “Everything I’ve done in the grind has all paid off and it’s just insane.”

The stadium was more packed Sunday than on previous days, when Epic games hosted a duos tournament and an amateurs vs. pros competition. More than a million viewers tuned in to watch online, according to Twitch, YouTube and Fortnite in-game stats.