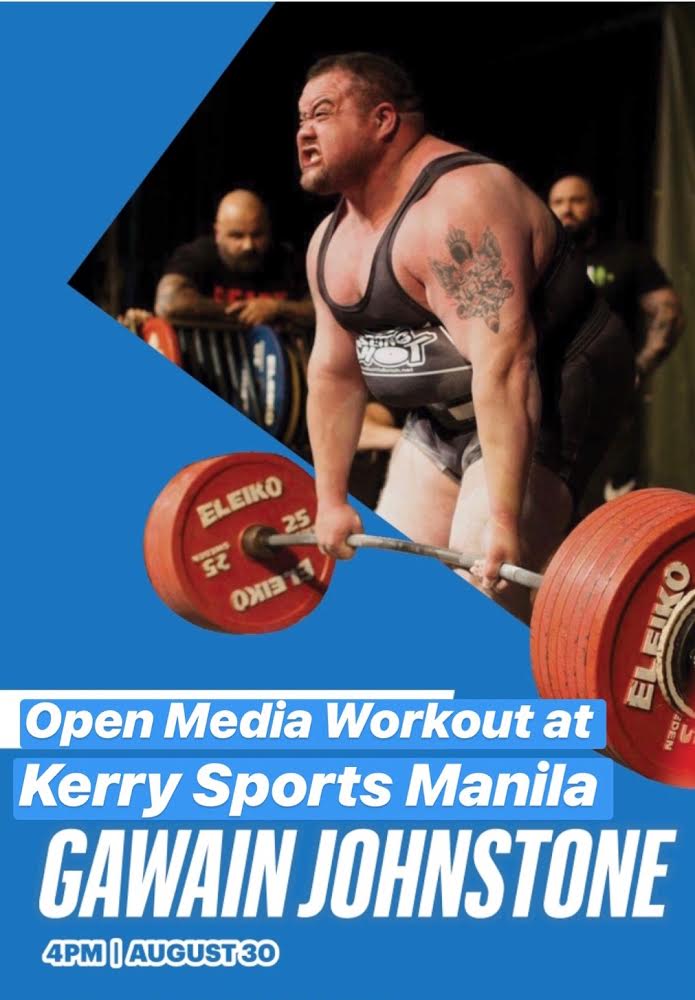 Catch Fil-Australian powerlifting champion Gawain Johnstone on August 30, 2018, Thursday, at Kerry Sports Manila, as he talks about the benefits of powerlifting. Gawain will also have an open media workout, to demonstrate the basics of the sport.

Gawain will also be competing on October 14, 2018, for Proraw Big Dogs 3, in Melbourne, Australia, which gathers the strongest powerlifters in the planet. He was also the first Australian-born male to squat 400 kilograms, in said powerlifting competition. Gawain was also previously 2009 Junior State Champion for powerlifting, and also the National Champion for both 2009 and 2010 in Australia.

According to Gawain, “The pure lifts of powerlifting, meaning the squat, bench press and deadlifts, are the basics of every sport. For every sport, there is an element of strength, whether it be power, whether it be endurance, or some level of conditioning. Those 3 lifts, they all aid every sport that is played, whether it be basketball, boxing, athletics, football, etc.”