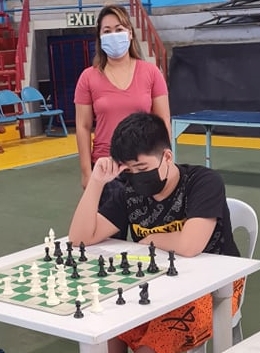 -Chess Grandmaster (GM) Rogelio "Joey" Antonio Jr. dominated the chess wizards of the Negros in a 32-board chess simultaneous game at the Lamberto Macias Sport Complex in Dumaguete City, Negros Oriental on Saturday.

His opposition ranged from 1800 (lowest rated) up to 2050 which is a fair opponent already in a normal game added Mr. Teves.