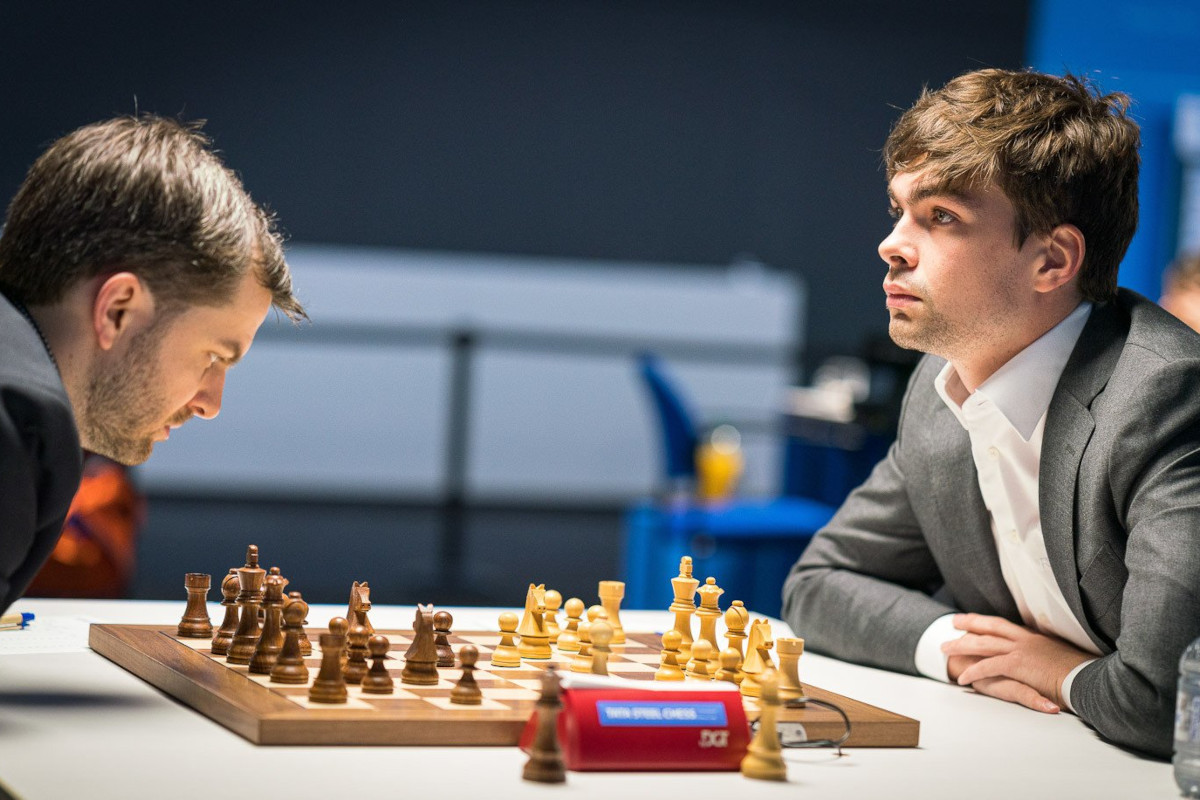 Jan-Krzysztof Duda, Vidit Gujrathi and defending champion Jorden van Foreest all won with white on Saturday to take the early lead at the Tata Steel Masters tournament. It was an action-packed day, especially during time trouble, with Shakhriyar Mamedyarov and Fabiano Caruana failing to find winning continuations while hurried by the clock.

Mamedyarov and Caruana miss chances
At the outset of the first super-tournament of the year, most eyes were put on the sharp opening struggle between Daniil Dubov and Shakhriyar Mamedyarov — two players known for their uncompromising style. By the time the two fighting grandmasters had entered a sharp middlegame position, Magnus Carlsen had already agreed to a draw with Andrey Esipenko, the young Russian who beat him in last year’s edition.

Dubov and Esipenko had already secured a half point, when the remaining Russian in the Masters section was still fighting to survive an uncomfortable position against Fabiano Caruana. In the end, Sergey Karjakin managed to avoid a loss, as his opponent failed to find the winning continuation on move 30.

Winning with white
When time trouble was approaching, the two aforementioned games were the biggest candidates to end decisively, but eventually three other encounters — which started more quietly — ended up decided. Jan-Krzysztof Duda, Vidit Gujrathi and defending champion Jorden van Foreest grabbed the early lead by winning with the white pieces.

Four leaders in the Challengers
A mix of experienced players, young talents and two female representatives are fighting to get a spot in next year’s Masters section in the Challengers tournament. Surya Ganguly (India), Jonas Buhl Bjerre (Denmark), Volodar Murzin (Russia) and Polina Shuvalova (Russia) won on opening day to share the lead going into the second round.

Ganguly defeated 14-year-old Frenchman Marc’Andria Maurizzi after entering a rooks and bishops endgame a pawn to the good. The youngster was defending resourcefully, but blundered the game away on move 38. (ChessBase)