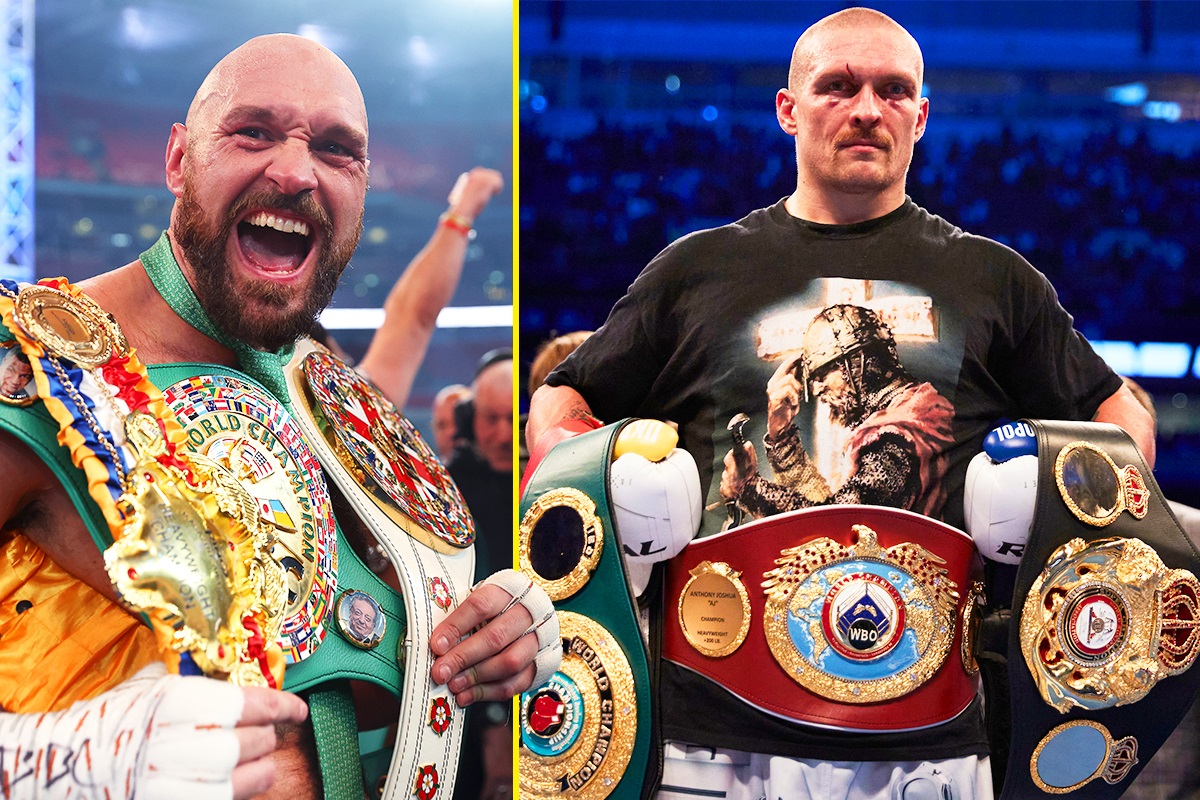 Hearn says that because Prince Khalid and Saudi want to see the undisputed match between Usyk (20-0, 13 KOs) and Fury (32-0-1, 23 KOs) happen next, then that fight could take place.In other words, Hrgovic (15-0, 12 KOs) would have to step aside. But when Hearn was asked if Hrgovic would get a chance to fight the Usyk vs. Fury winner, he sounded uncertain whether that would happen.

What that means is that if Hrgovic steps aside for the Fury-Usyk fight to go down in the first half of next year, he still might not get a chance to fight for the IBF title, even after Fury and Usyk fight. How long Usyk would need to wait before he gets his IBF-ordered title shot is unknown.

It’s quite possible that Hrgovic might end up waiting until 2024 or even 2025 before eventually getting a shot at the IIBF title.
“So, we had the email from the IBF to say, ‘Start negotiations for Hrgovic against Usyk.’ With the IBF, they have a rule where if you’re not willing to negotiate, you can start a purse bid immediately, and we put that request in,” said Eddie Hearn to iFL TV.

“We said, ‘We’re not willing to negotiate.’ A request of Hrgovic, and obviously, we’re partners with Kalle Sauerland and Filip Hrgovic. We’d like to go to purse bids. So we’re waiting for the purse bid date for that fight.

“There’s also the WBA, and obviously, you have this chronological mandatory situation. The WBA just happened at the end of the queue, and then you’ve got the IBF, WBA, who goes first, etc.

“Our job for Filip Hrgovic is to push for that fight as soon as possible. Also, I wouldn’t say we’re conflicted, but we are good friends with Prince Khalid and Saudi, who have worked very hard to stage that undisputed heavyweight fight.t for boxing.

“It’s a big fight for boxing. We acknowledge it’s an important fight for boxing, but we also have to do the right job for Filip Hrgovic. So there are a lot of conversations going on behind the scenes, and I guess it’ll play out over the next couple of weeks.

“If I’m being honest, I think generally, under the IBF rules, they can’t actually allow that fight personally, it’s been called. But we know it’s boxing, and it’s [Tyson Fury vs. Oleksandr Uysk] a big fight, and you’ve seen rules change for big fights. Of course, the frontrunner to still take place is Fury vs. Usyk. Filip Hrgovic is right there, ready to challenge.

“Under the rules, yes,” said Hearn when asked if Hrgovic is the only one that can allow the Fury vs. Usyk fight to happen. It’s very dangerous to say, ‘Fight the winner after.’ We’ve seen that in the past, and it sometimes doesn’t play out.

“Listen, because of our relationship with Prince Khalid and Saudi; we’re all up for talking and resolving the situation. The WBA might call their mandatory. Who knows what’s going to happen, but for us, it’s about positioning Filip Hrgovic.

“We don’t have Tyson Fury; we don’t work with Oleksandr Usyk for the moment. We work with Filip Hrgovic, and we have a job to do for him. Nothing is ever, old boy,” said Hearn when told that nothing is clear for whether Hrgovic will get his IBF-ordered title shot against Usyk or if the Usyk-Fury undisputed clash will go ahead due to the Prince Khalid and Saudi potentially wanting that fight to take place next.