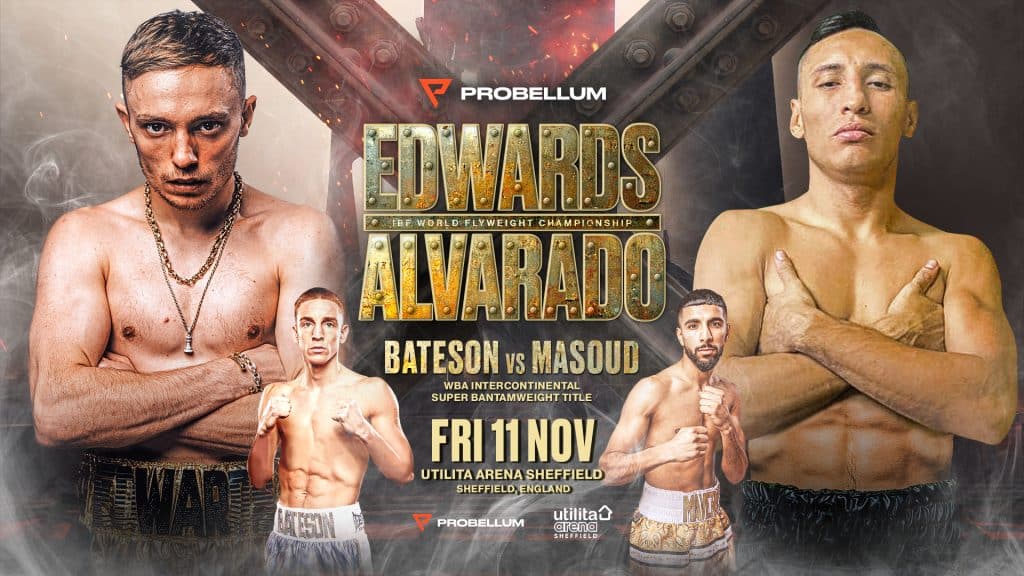 Jack Bateson and Shabaz Masoud have fired warning shots at each other ahead of their barnstorming battle of top British prospects.

Bateson and Masoud clash in a sizzling super bantamweight showdown at Probellum Sheffield on Friday night – and both men have rubbished big claims from their rival.

Leeds hero Bateson has poured scorn on Masoud being the betting favourite and insists ‘Maverick’ has heaped pressure on himself with his pre-fight confidence.

Stoke’s Masoud is certain of “comfortably” beating Bateson and says he sees plenty of weaknesses in the former medal-winning Great Britain amateur star.

Bateson and Masoud come head-to-head at today’s press conference in the Steel City and the tension between the pair is simmering as fight night nears.

Jack Bateson (17-0) said: “I’m not sure why Shabaz is the favourite with the bookies, but it’s a mistake, that’s for sure!

“And he’s going to be in for a shock if he thinks he wins comfortably. If he’s taking me lightly, then let him. I can’t wait to leave him in shock.

“He’s a good fighter but I believe I am better; a better boxer, a better fighter and whatever he brings on the night, I believe I will do it better. He’s obviously full of himself, he’s confident but so am I, and this means it’s going to be a great fight.”

Shabaz Masoud (10-0) said: “In all departments, I am the better fighter and on Friday night I am going to show that.

Boxing fans have given their seal of approval to the Bateson vs Masoud scrap and applauded two of the country’s most promising fighters for agreeing to meet.

Bateson’s WBA Intercontinental belt is on the line at the Utilita Arena, but the fight is also a final eliminator for the British super bantam strap.

Bateson added: “He is putting all the pressure on himself because, apparently, it’s going to be an easy night’s work. He’s the favourite with the bookies, he’s talking himself up to have this easy night on Friday, while I’ve been staying quiet.

“I’ve dealt with pressure and come through it. This is a big night for him, and he’ll be nervous. For me, it’s just another night.”

Masoud said: “I want to put respect on my name and after this fight I will truly get appreciation. That is what I’m here for, I don’t care about anything else, I’m here for the respect. People are going to value me and think ‘woah!’.