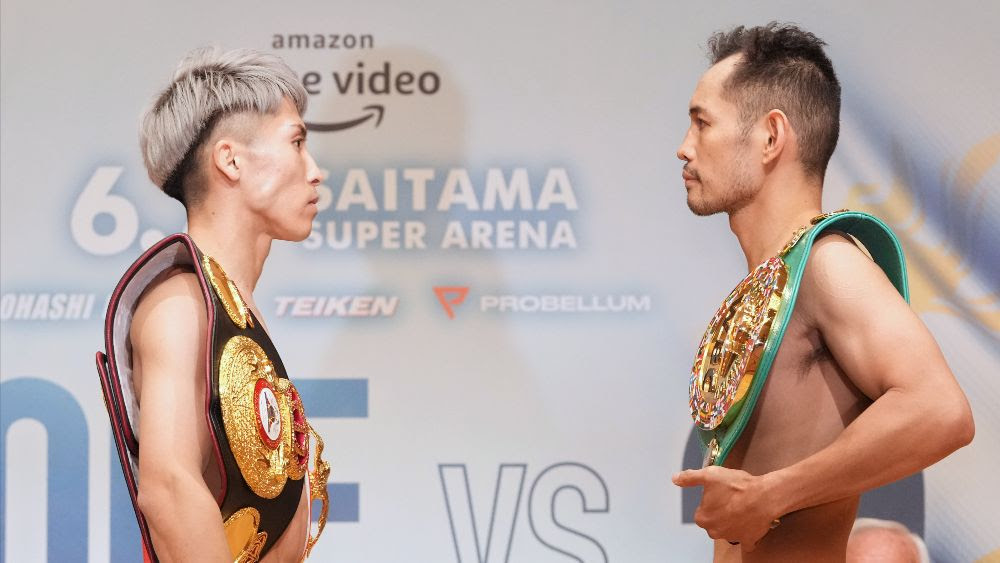 Nonito Donaire says he is “fired up” after making weight ahead of his eagerly awaited rematch with Naoya Inoue.

The 39-year-old tipped the scales at 117.8lbs in Yokohama earlier today (June 6), to comfortably come inside the bantamweight limit, while Inoue weighed in at 118lbs.

Donaire and his Japanese rival clash at the Super Arena in Saitama tomorrow, with the WBC, WBA and IBF world titles on the line, in a fight the whole of boxing will be watching.

After squaring off with Inoue for the final time before fight night, the Filipino Flash said: “I feel good, I feel great. It is going to be an amazing night and you can look forward to seeing the best of me.

“I am very fired up and it is going to be a very exciting fight!”

The rematch of 2019’s Fight of the Year headlines an event which is promoted by Ohashi Promotion and Teiken Promotions, in association with Probellum, with the first fight due to start at 4:50pm local time, and Donaire vs Inoue scheduled for 9pm local time.

Donaire rebounded from the first fight with Inoue to claim the WBC bantamweight title and set up a second showdown which promises to be more explosive than their classic encounter, nearly three years ago.

The future Hall of Fame inductee is confident of gaining revenge over the fighter known as ‘Monster’ and Donaire wants to set up an undisputed clash with WBO champion Paul Butler. (PR)