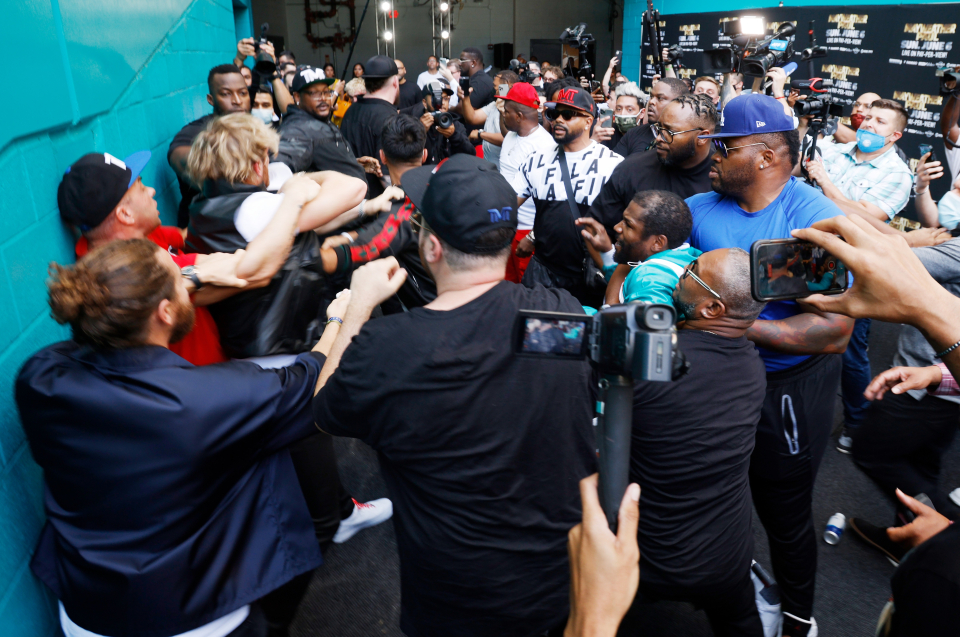 All-time boxing great and 2020 International Boxing Hall of Fame inductee Floyd “Money” Mayweather will make his return to the ring as the undefeated, 12-time, five-division world champion squares off in an exhibition bout against social media sensation and pro boxer Logan “The Maverick” Paul, headlining a blockbuster SHOWTIME PPV event on Sunday, June 6. The anticipated clash pits superstars from two different worlds in a must-see showdown for sports and entertainment fans around the globe.

Jake squared up to Mayweather and stole his hat, prompting a furious reaction from the ‘disrespected’ 44-year-old.

McGregor, who previously fought Floyd in his own bizarre crossover bout back in 2017, reacted with a message for Mayweather Promotions CEO Leonard Ellerbe on Instagram.

The Irishman began: “Hey Leonard Ellerbe, what the f*** is Floyd at?

“The kid curled up, didn’t fight back once, and Floyd is still running around acting the tough guy.

“The kid actually just pulled this shambles of a situation Floyd is in out of the drain for him. He should thank him. It’s embarrassing!

“Pro to pro it’s embarrassing. He will not scratch $10million for this fight and he knows it. It was cancelled once already.

“The world is watching this on Twitter. He’d fight a half decent pro and command $20million upwards, yet it’s this s***.

“Whatever way you spin this, it’s sad. Fight someone for real, on your record, or f*** off mate. Slap head!” - TALKSPORT