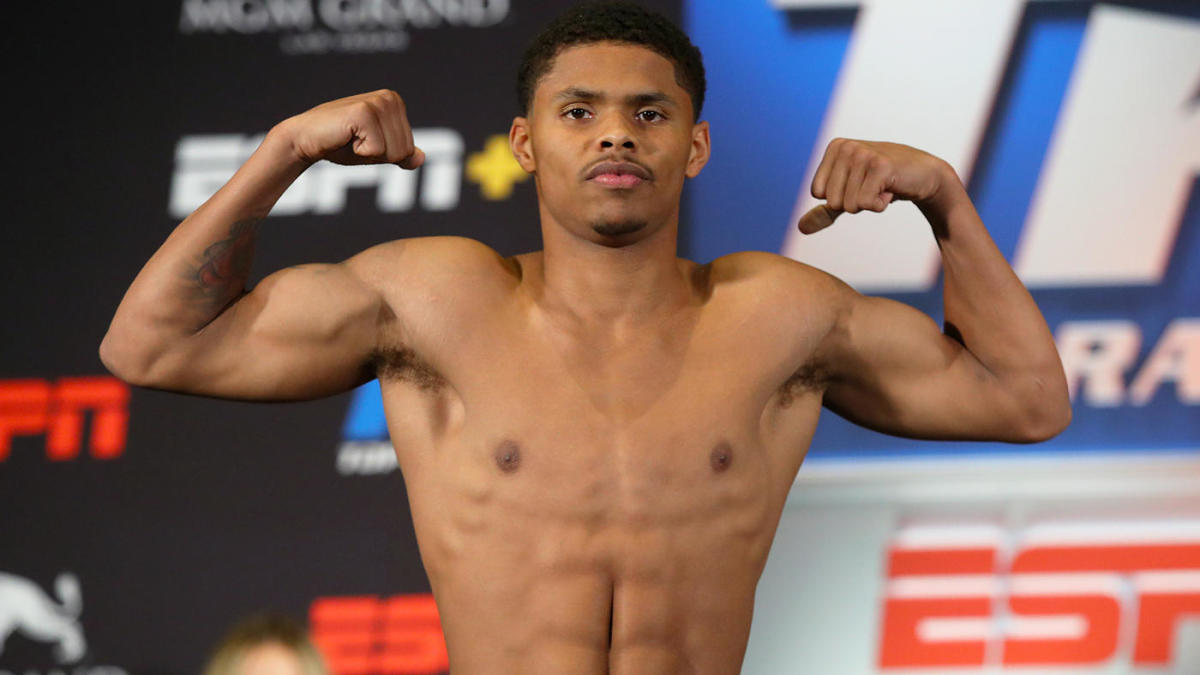 Shakur Stevenson says he saw “fear” in Vasily Lomachenko in his last fight and that he wouldn’t let the “scared man” beat him if they were to face him now.

The former WBA/WBC/WBO lightweight champion suffered his second defeat as a pro last October at Teofimo Lopez’s hands, who did little more than putting him under duress the entire fight.

There was nothing scientific about what the 23-year-old Lopez (16-0, 12 KOs) did to beat Loma. He walked Lomachenko down and took advantage of his cautiousness to outwork him. But Shakur is right about his observations about what he saw from Loma against Teofimo.
Lomachenko looked “scared,” and he couldn’t pull the trigger on his punches for the first seven rounds. It was only after Teofimo gassed out in the eighth that Lomachenko finally started throwing punches.

But when Teofimo came alive in the 12th, Loma stopped throwing punches and went back into his shell.

If Lomachenko wants to show Stevenson that he’s not “scared” like he says he is, it would be easy for him to request that his promoters at Top Rank make a fight between them. Top Rank promoters Shakur as well, and it would be a simple one for them to make.
I don’t think they will, though, because that would be them wrecking one of their revenue streams, be it Shakur or Lomachenko. The 23-year-old 2016 Olympic silver medalist Stevenson is still young enough to come again and rebuild himself should he lose to Loma.

But if Lomachenko were to get beaten by Shakur, it would probably signal the end of his career. It would be Lomachenko’s second straight loss, and it would be difficult for him to come back from it, if not impossible.

Despite losing to Teofimo last October, Lomachenko isn’t without options for his next fight. WBC lightweight champion Devin Haney is interested in defending against Loma next, and they’ve already reportedly given him a seven-figure offer.

If Lomachenko rejects that fight with Haney, he could be facing Masayoshi Nakatani next.

As far as Shakur goes, he would like to face WBC super featherweight champion Oscar Valdez next. Valdez (29-0, 23 KOs) pulled off a big upset in his last fight in stopping WBC 130-lb champion Miguel Berchelt (37-2, 22 KOs) in the 10th round last month on February 20th in Las Vegas, Nevada.

“I don’t know if he really wants to fight me, but our teams are talking, and we are going to see.”