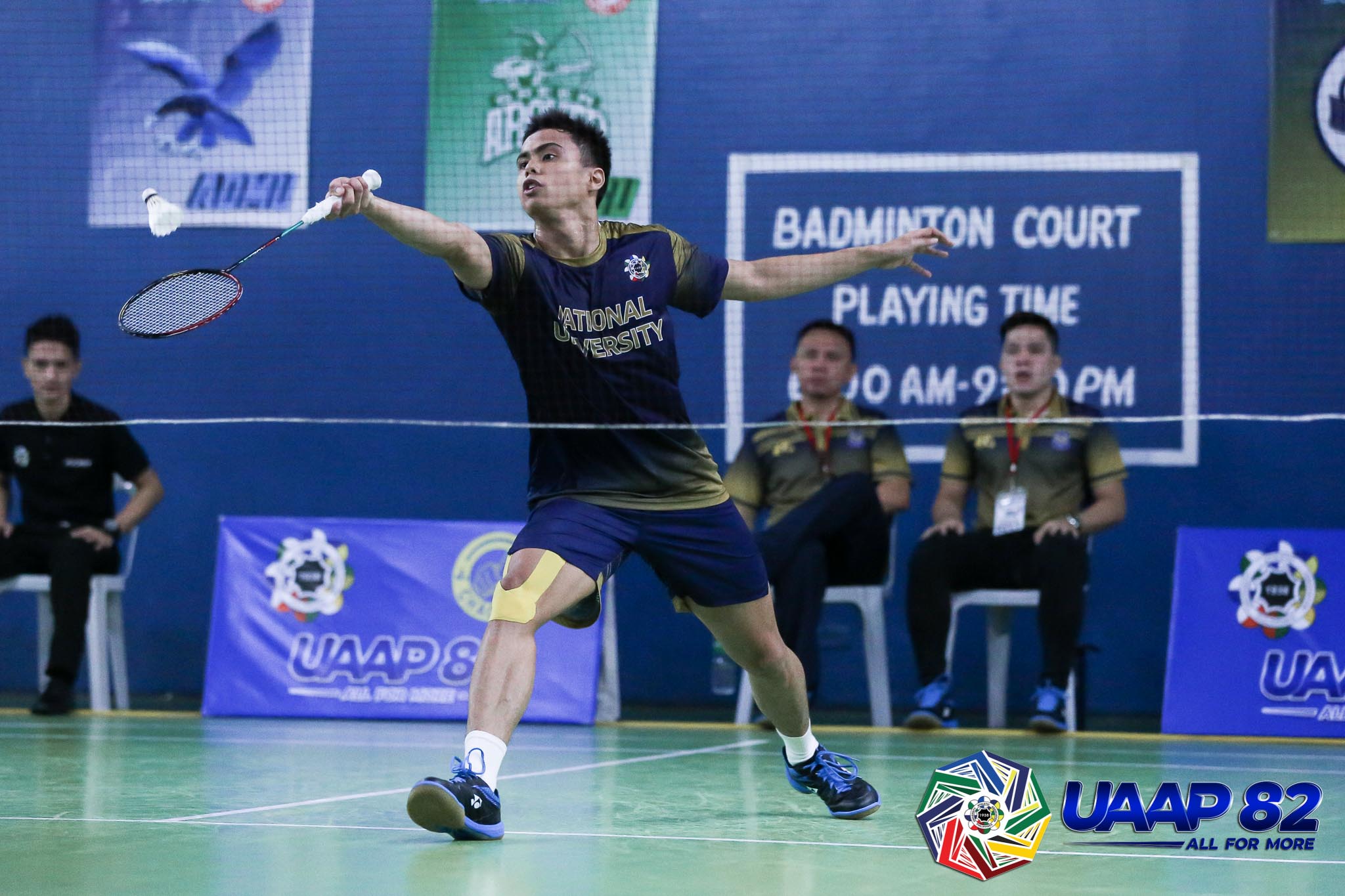 After failing to finish the match in the second game despite three match points, the Bulldogs pair closed out the series with a huge 21-14 win the final game over Keoni Asuncion and Arthur Salvado.

Gabuelo and Padiz opened the second doubles match with a 21-17 win before Asuncion and Salvado snagged the second ultimately at 23-21.

With their spectacular campaign, Gabuelo was named the Most Valuable Player while Padiz took the Rookie of the Year honors.

Llanes was pleased with how their campaign went as the Bulldogs were tested this season.

The win is the Bulldogs' 51st straight since UAAP Season 77. Moreover, NU tied Ateneo for most championships in the league's men's badminton tournament with six crowns.

Padiz earlier leveled the tie after stunning Asuncion in just two games, 21-9, 21-14, in the second singles match, before fellow freshmen James Villarante and Julius Villabrille sent NU to the brink of the championship with a 21-18, 23-21 decision over Geno Cariño and Fides Bagasbas.