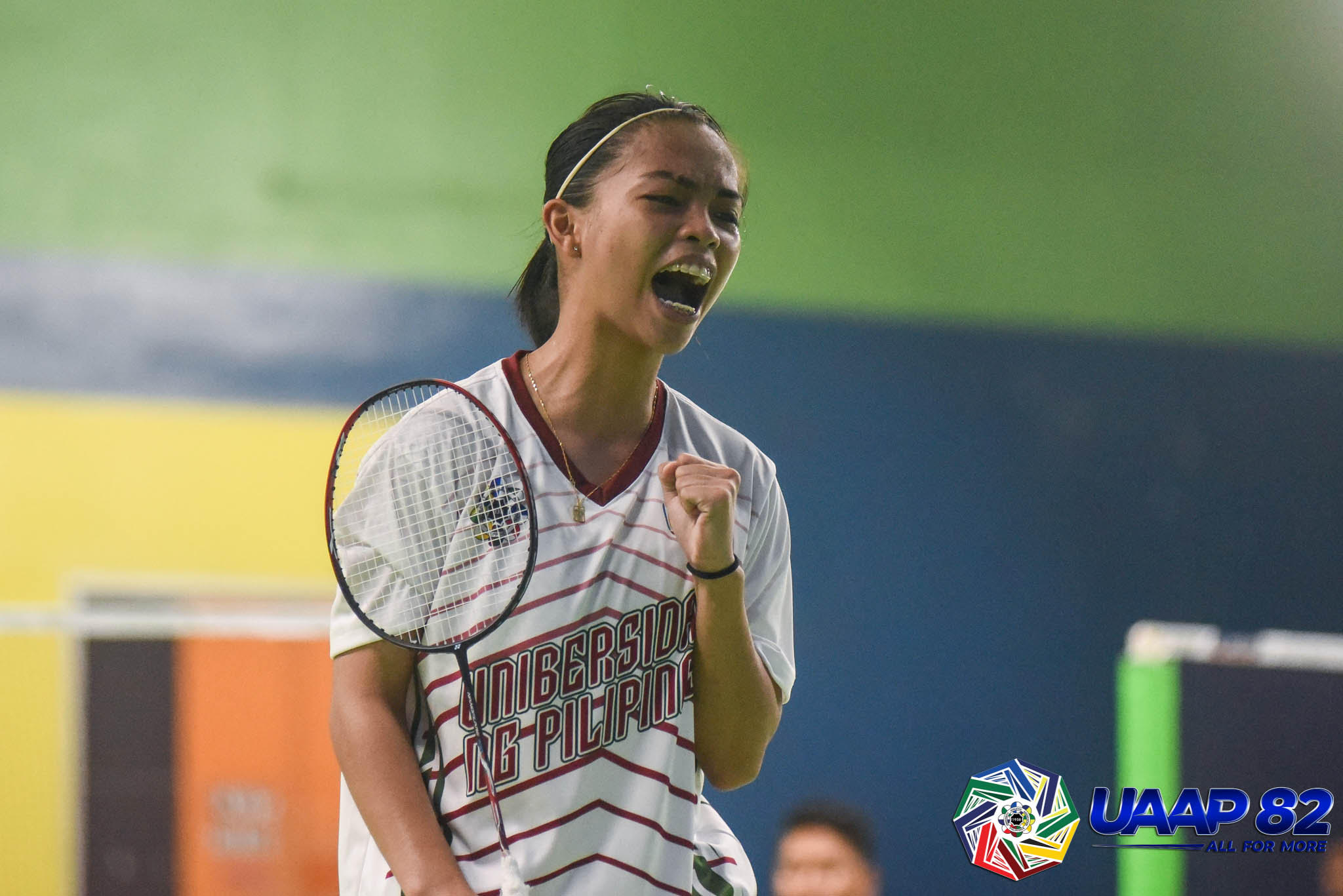 Macalino, who is playing in her final UAAP year, made it count after shattering rookie Janine San Ignacio in straight sets, 21-9, 21-7 in the deciding singles match.

Arden Concepcion remains unscathed in singles play after making short work of Lizette Dela Cueva to level the tie, 21-8, 21-13. Co-captains Tricia Opon and Jaja Andres then put the Lady Maroons into the lead to 2-1 after a 21-11, 16-21, 21-7 win over Jhay Anne Macabenta and Dela Cueva.

Adamson forced the decider after Clydel Pada took both her outings for the day. She defeated Andres in the first singles match, 21-18, 19-21, 21-14, before teaming up with Monica Magallanes in outlasting Pauline Santos and Rasmine Carlos, 21-13, 13-21, 21-17, in the second doubles contest.

Defending champion Ateneo, on the other hand, completed an elimination sweep, routing University of Santo Tomas, 4-1.

Fellow rookie Mia Manguilimotan opened the day with a 21-17, 21-15 sweep of Jiselle Capillo, before captain Iyah Sevilla and Kanna Baba survived the marathon match for La Salle over Capillo and Sarah Barredo, 22-24, 21-16, 25-23.

Barredo snared the lone win for the Lady Bulldogs off 21-14, 21-16 conquest of Sevilla.

With the results, Ateneo, who will hold the playoff incentive, will face NU in the semis while the twice-to-beat armed La Salle will take on UP. The Final Four begins on Wednesday at Centro Atletico Badminton Court in Quezon City.