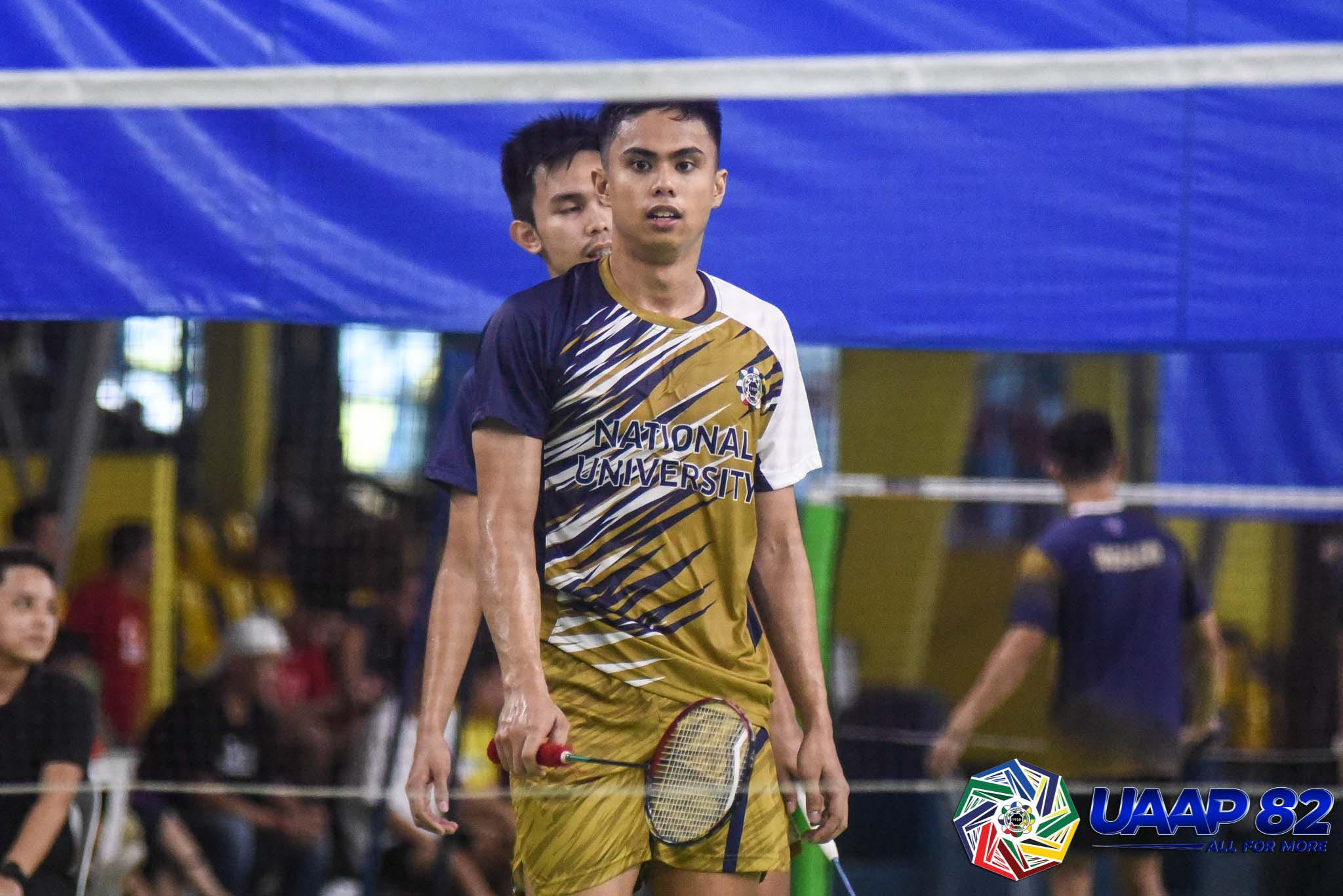 The win, the Bulldogs' fifth of the season, granted them the number one seed and the twice-to-beat advantage in the semifinals. On the other hand, the Green Shuttlers suffered their first loss.

From there, National University was unstoppable despite dropping the first games of the following matches.

Going into their final outing of the eliminations against University of Santo Tomas, Llanes wants the Bulldogs to stay hungry. "Dapat yung intensity nila same as Day One," he said.

Ateneo, on the other hand, clinched the third semifinals berth after taking down University of the Philippines, 3-2.

Ateneo gained the lead with Salvado and Asuncion overpowering Vinci Manuel and Clemente at 21-17, 21-10. Bernardo and Harvey Tungul, nonetheless, forced the decider at 21-17, 21-19 second doubles win over Geno Cariño and Bagasbas.

The Blue Eagles and the Green Shuttlers enter the last week of the elimination round with identical 4-1 records while UP dropped to a tie with UST at fourth with 3-2 slates.

Completing the day, Adamson broke through the win column as they kept University of the East winless, 4-1.

Angelo David took another singles win for the Red Warriors against Aldous Mercado at 21-17, 21-16, but the Falcons soared in the other matches.

Elbren Concha opened the rout at 21-7, 21-12 over Edward Adriano, before taking the first doubles match with Johnrick Macabenta at 21-11, 21-10 over Adriano and Khristian Reyes.