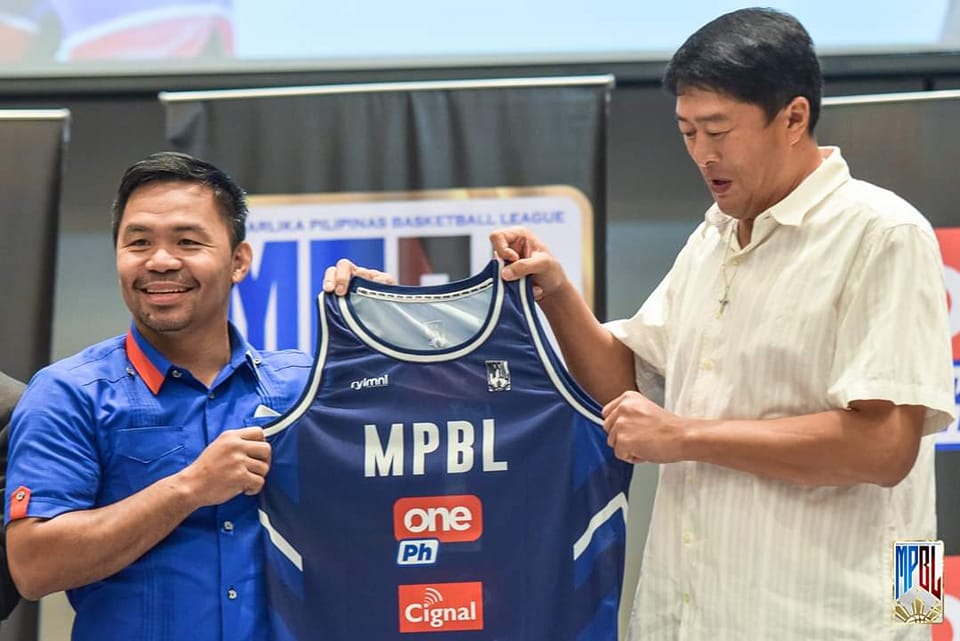 MPBL inaugural champion Batangas City Athletics and Datu Cup champion San Juan Knights head the 20 teams competing in the round-robin elimination round of the tournament which deviated from its usual June 12 opening.
Sen. Pacquiao and MPBL Commissioner Kenneth Duremdes signed the contract with PGNL president and CEO Ernesto "Bong" Santamaria and Guido Zaballero, Cignal chief revenue officer.
Also present were Patrick Paez, Cignal head of news content, Sienna Olaso, VP channels and content, and Miguel Vea, AVP head of channel management and programming.
Majority of the owners or representatives of the MPBL's 32 teams, operations head Emmer Oreta, and league operations coordinator Joe Ramos were also present.
Joining Batangas and San Juan are Nueva Ecija, Pampanga, Makati, Bataan, Valenzuela, Manila, Zamboanga, Imus, Bacolod, Saranggani, General Santos City, Negros Occidental, Mindoro, Pasig, Rizal, Quezon City, Marikina and Caloocan.
Pasig, San Juan, and Rizal were originally listed among the tentative teams, while Quezon City, Marikina and Caloocan were among those taking a leave of absence.
Sen. Pacquiao's persuasive powers, however, swayed the six teams to participate. Other teams listed in the tentative side are Bacoor, Laguna, Basilan, Pasay and Bicol. Those which intends to take a leave of absence are Cebu, Iloilo, Bulacan, Navotas, Paranaque, and defending champion Davao Occidental.
According to Sen. Pacquiao, who came from a campaign sortie in Nasugbu and Calatagan, Batangas, the trophy and rings of the Davao Tigers, champions of the MPBL Lakan Cup, will be handed out during the opening ceremonies.
The league would have sanctioned an MPBL tournament in the United Arab Emirates in 2020 but the COVID-19 pandemic wreaked havoc on the league's schedule. Knowing that many teams were affected by the pandemic, Pacquiao said a percentage of league earnings this year would be given to the team owners to help them tide things over.
Each team will have a minimum of 15 and a maximum of 24 players, including seven former PBA players, five collegiate players with special guest license from the Games and Amusement Board, at least three homegrowns and two Fil-foreigners, who must be at least 18 years old and Philippine passport holder.
In addition to One Ph, which is available to Cignal TV's 4 million subscribers, the MPBL games can also be viewed in the United States, Canada and the Middle East through the Kapatid Channel.