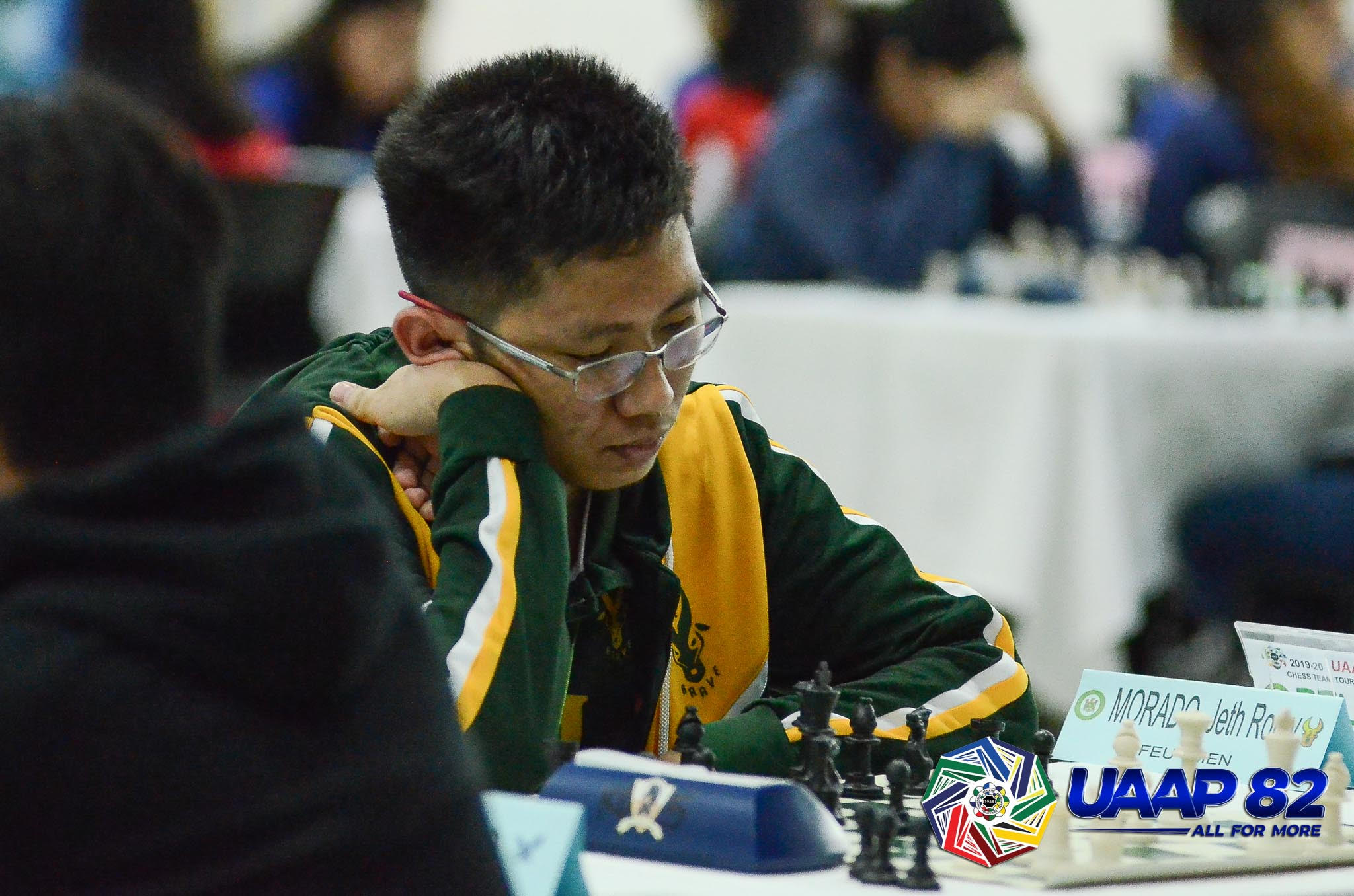 After a slow start, Jeth Romy Morado is starting to reintroduce himself as the country’s national junior chess champion.

Morado wielded the Slav Defense like a magic wand in dumping Robin Ignacio in 41 moves and powering Far Eastern University to a 3.5-.5 demolition of National University that kept them comfortably perched at the helm in the men’s division after the eighth round of the UAAP Season 82 Chess Tournament at the UST Quadricentennial Pavilion Sunday.

Saddled with a pair of early draws in the first round, the 20-year-old Morado finally hit his stride and has piled up victory after victory to hike his impressive total to seven points out of the possible nine.

And with him rides an inspired FEU squad that has already amassed 25 points, or a whopping 4.5 points ahead of the pack that is headed by University of Santo Tomas, overwhelmed University of the Philippines, 3.5-.5, with 20.5 points.

RK Sevillano and Darry Bernardo provided the other victories for the Tams on boards two and four, respectively, while JM Jacutina halved the point with Jayson Danday on board three to complete the one-sided result.

Overall, FEU is gunning for a league-record 15 men’s title.

And it looks like only the end of the world could stop the rampaging Tams from achieving such feat. 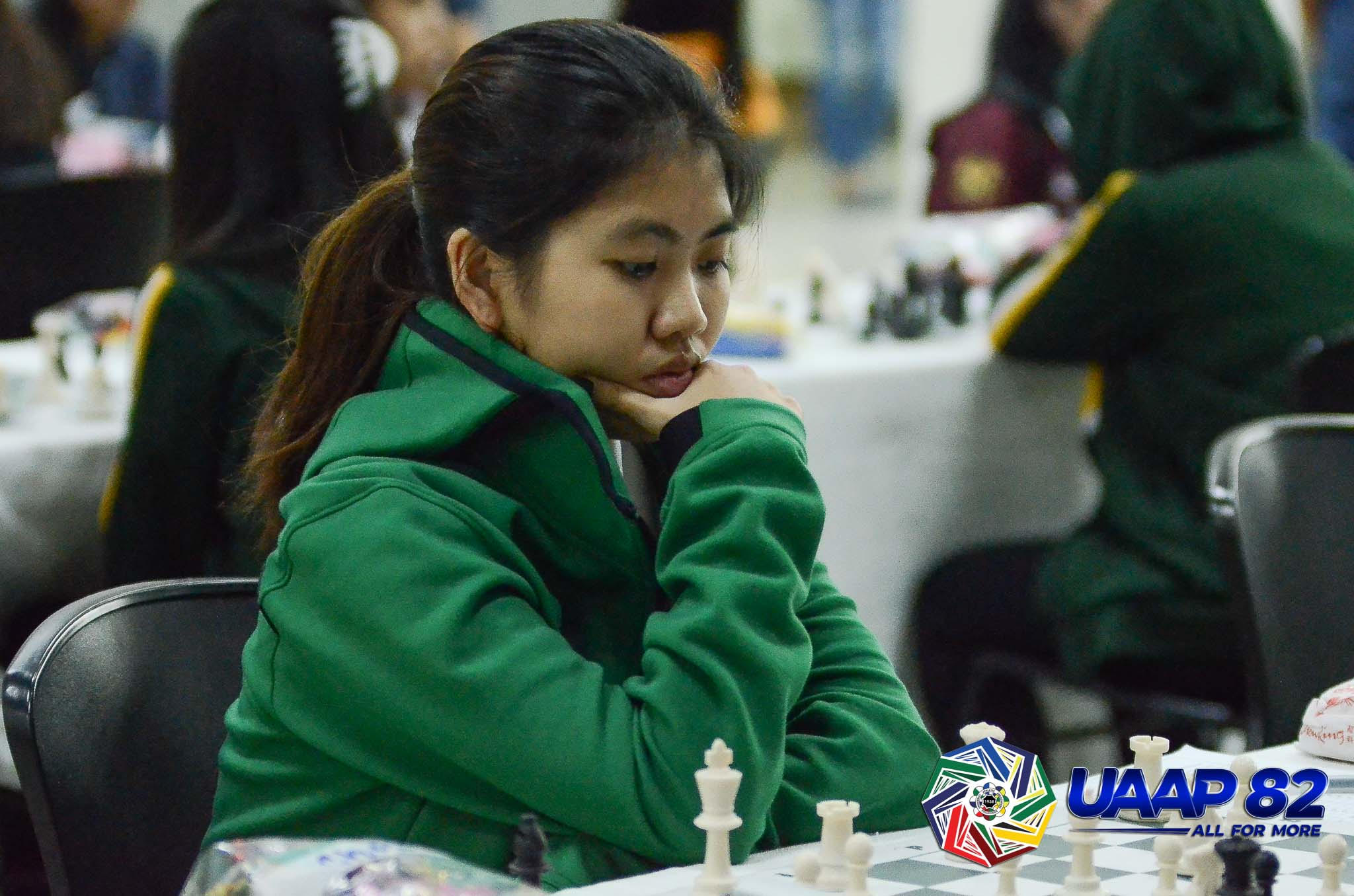 Defending champion La Salle stopped Far Eastern University on its track with a 2.5-1.5 victory in a showdown between the league’s big guns to slice the latter’s huge lead in the women’s section of the UAAP Season 82 Chess Tournament at the UST Quadricentennial Pavilion Sunday.

Franchell Eds Javier ambushed Jemina Valdez’s Caro-Kann Defense in 52 moves on board four that proved the decisive point as the Lady Woodpushers improved to 20 points.

But it hardly shook the Lady Tams from the top where they are still unflappable with 23 points.

FEU’s Shania Mae Mendoza and La Salle’s Antoinette Marie San Diego drew for the second time in 36 moves of a Sicilian in a showdown between World Chess Olympiad veterans on top board.

Mendoza had a chance to salvage a 2-2 draw for FEU but she couldn’t get anything from a piece sacrifice for three unconnected passed pawns and settled for 74-move deadlock. 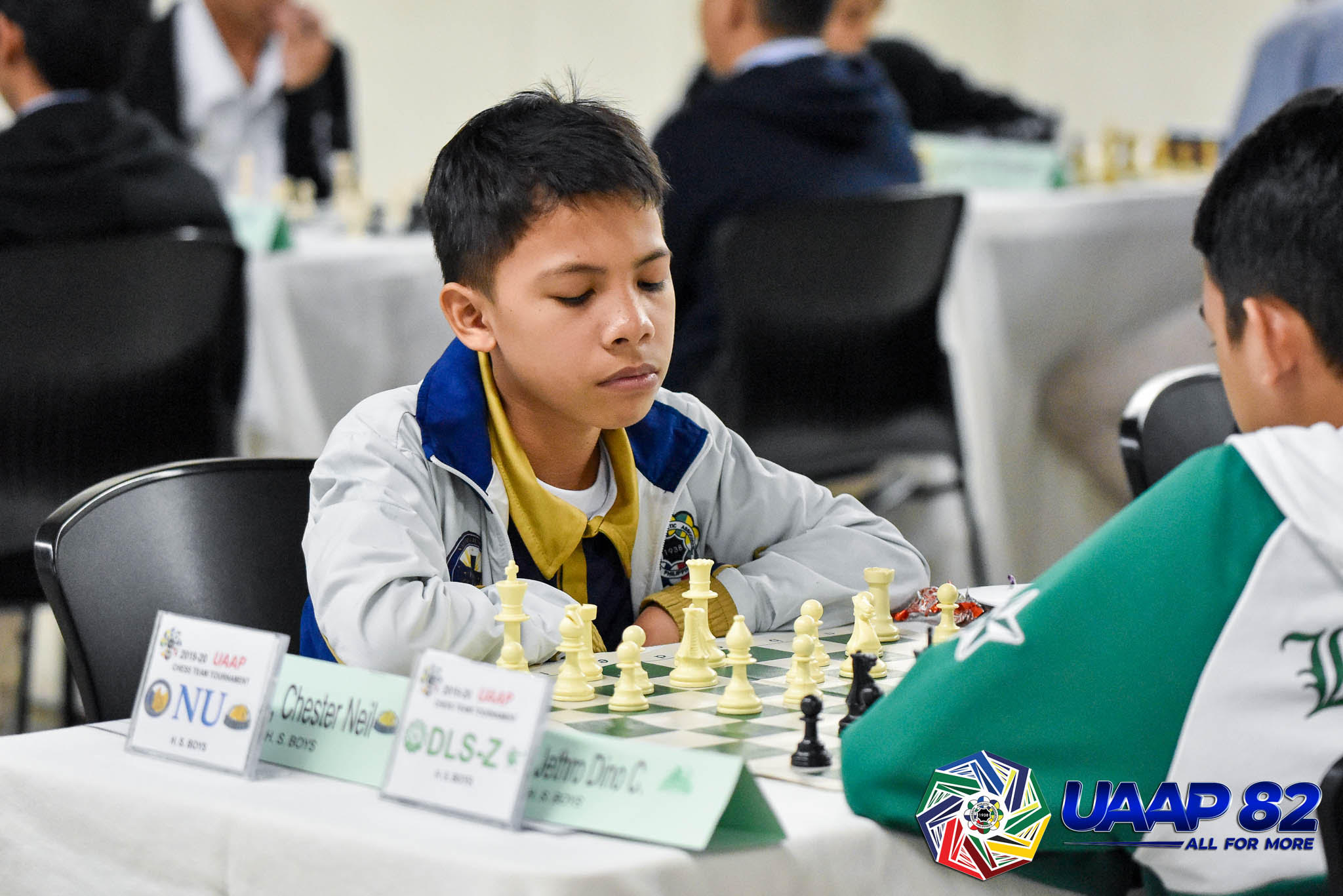 National University overtook idle University of the East with a 3-1 win over Ateneo after the eighth round in the Boys’ Division of the UAAP Season 82 Chess Tournament at the UST Quadricentennial Pavilion Sunday.

Chester Neil Reyes, Mark Gerald Reyes, and Dennis Gutierrez, Jr. delivered the wins on boards one, two and four, respectively, in propelling the Bullpups to the top with 20.5 points.

Cris Angelo Rayos gave the Eaglets their only point with a win over Joseph Lawrence Rivera on board three.

University of the East slipped from No. 1 to No. 2 after drawing bye for the second straight round now with 18.5 points.

But it could be temporary for the Junior Warriors as they will have a one-match edge over the Bullpups going into the final stretch of the tournament and could regain the lead they’ve held from start until the seventh round.

Unheralded Lee Roi Palma has been sensational as he came out of nowhere to string together six straight wins including FIDE Master Alekhine Nouri of defending champion Far Eastern University.

Meanwhile, the Nouri-led Baby Tams were held to an upset 2-2 standoff by La Salle-Zobel that kept the former stranded at No. 3 with 17.5 points.