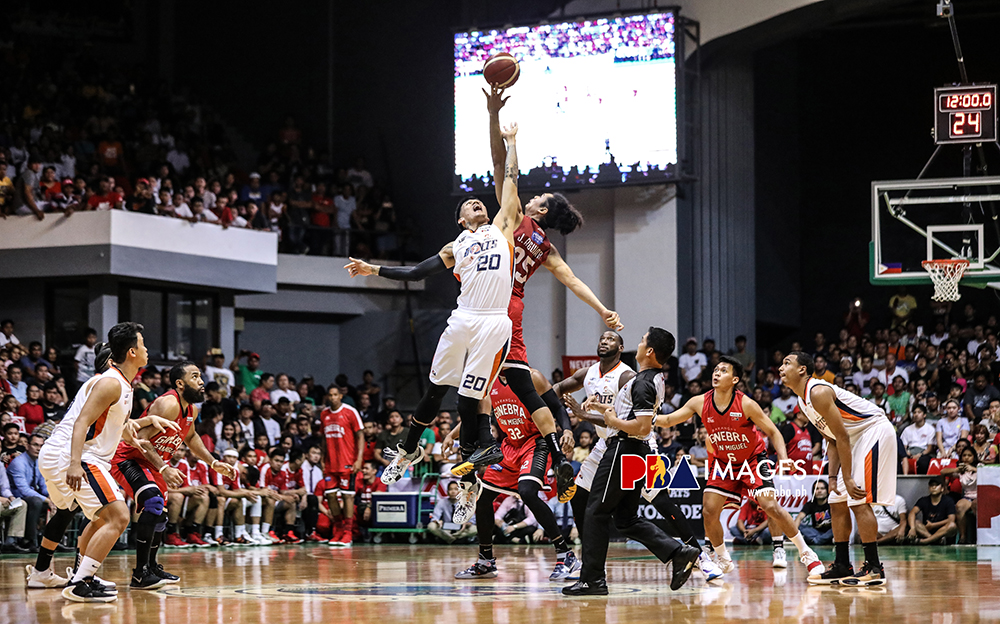 The Meralco Bolts came roaring back to level the PBA Governors' Cup title series. with a 104-102 road win over the Barangay Ginebra in Game 2 on Friday, Jan 10 . helping them to a series-tying.

Meralco Bolts silenced the usually raucous Quezon Convention Center, as it went on a third-quarter tear to turn back Ginkings, which clinched the series opener convincingly in a 87-91 Game 1 loss to Barangay Ginebra,

Meralco Bolts coach Norman Black called up his blanks-firing shooters to do their share moving forward in the tough PBA Governors' Cup title series. From a miserable 7 of 32 clip (21.9 percent) in the opener, Meralco's shooters submitted twice the accuracy with a 42.1 marksmanship (16 of 38).

The Bolts' 16 set a new finals record in three-pointers made for the franchise, eclipsing the12 they converted in Game 6 of the 2017 Governors' Cup finale.

"You never know when it's gonna come," Meralco coach Norman Black said of their outside shots.

"Last game, we couldn't hit the side of the ocean so you'll never know when those shots are gonna fall. We did little shooting (drills) Thursday for this game (Friday's Game 2) so the guys just came out with more confidence and were able to knock down shots.

I think it's also the determination of not going down 0-2 (in the series that further motivated them)," said Black.

Practically everybody on the Meralco side came locked and loaded, from starter Baser Amer to second stringers John Pinto and Nico Salva.

Pinto made his first four triples, helping Meralco to an early 36-19 tear. Amer hit four of his five in the second half to allow the Bolts to restore a 101-91 cushion after rallying Ginebra caught up in the third. Import Allen Durham, stymied by Ginebra's box-and-1 defense, himself connected on three triples while Salva, Anjo Caram, Chris Newsome and Bryan Faundo also drained one apiece.

"Pinapractice ko talaga ang mga tira na yun, mag miss man ako, wala akong pakialam, basta't pinapractice ko yun," said Amer, who finished with 17 spiked by a 4-of-5 shooting from beyond the arc, to bounce back from his meager nine-point output (1-of-5 three-point clip) in the Game 1 loss.

"They shot the ball really well, Norman talked about that and they got their shots in without defense a lot of open shots. Again we got to go to the drawing board and figure out what's going on," said Cone. PBA.PH