Magnolia goes for second win in a row

Magnolia goes for second win in a row

Magnolia goes for second win in a row
PBA 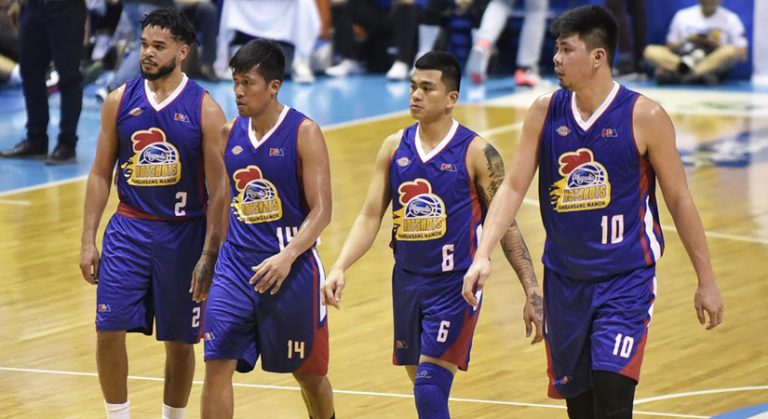 THE defending Philippine Basketball Association Governors’ Cup champions Magnolia Hotshots Ang Pambansang Manok are out to create further wind to propel their title defense as they shoot for a second straight win when they return to action today (Friday) at the Mall of Asia Arena.

Taking on the Rain or Shine Elasto Painters at the 7 p.m. game, the Hotshots, 96-80 winners in their last game over the Northport Batang Pier to improve to 1-1 early in the tournament, seek to build on the momentum it got from the victory and get their campaign humming.

Ian Sangalang and import Romeo Travis had an explosive outing for Magnolia last time around, towing their team as they averted falling to a 0-2 record after losing in their tournament opener.

Mr. Sangalang top-scored for the Hotshots with 28 points on an efficient 12-of-17 shooting to go along with nine rebounds.

Mr. Travis, meanwhile, had a near triple-double of 17 points, 12 rebounds and nine assists. He also had three steals.

Mark Barroca added 16 points and Rome Dela Rosa 10 for Magnolia, which used a strong effort in the second quarter to create distance from Northport before holding tough in the end to preserve the win.

“We learned a lot from our last game, same scenario, we were in control for 36 minutes but this time we held on all the way through,” said Magnolia coach Chito Victolero after their win as he spoke about what did it for them.

Looking to send the Hotshots crashing back are the Elasto Painters (1-2), who will try to bounce back after absorbing a loss in their last game.

Rain or Shine competed hard against the league-leading TNT KaTropa on Sept. 28 but eventually succumbed to the latter, 103-91.

Import Jowel Wright, Javee Mocon and James Yap played well versus TNT only to see their efforts not churn out the result they were angling for.

Mr. Wright had 20 points and eight rebounds while Messrs. Mocon and Yap finished with 19 and 18 points, respectively.

Rain or Shine though will parade a new import for today’s game in Kayel Locke, who last saw action in the Malaysian Pro League.

BEERMEN TO BLOCK ROAD WARRIORS’ PATH IN DUBAI
Meanwhile, undefeated teams San Miguel Beermen (2-0) and NLEX Road Warriors (3-0) are to do battle in a scheduled game at the Coca-Cola Arena in Dubai, United Arab Emirates.

It will be the first game of a two-match offering by the league in the emirate — the other one between NLEX versus the Barangay Ginebra San Miguel Kings on Oct. 5.

Grand Slam-seeking San Miguel has gotten their bid on a solid start on the lead of explosive import Dez Wells (33.5 ppg, 7.5 rpg and 4 apg).

NLEX, for its part, has been free-flowing with the comebacking Kiefer Ravena topnotch with numbers of 20 points, eight rebounds and 7.3 assists per game and import Olu Ashaolu steady for 25.7 points and 11.3 rebounds.