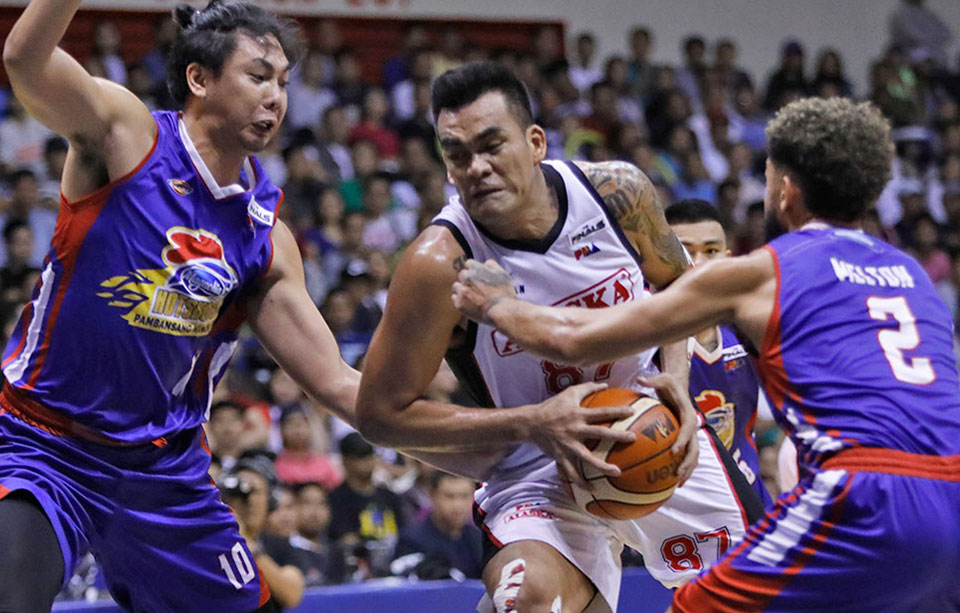 The Hotshots now intend to go all the way, but are facing a tough test right in their initial Commissioner's Cup assignment Wednesday at the Smart Araneta Coliseum.

Standing tall in the way of Magnolia's conference debut is Alaska, which is well-rested and all pumped up following a 100-87 win over NLEX last week that snapped the Aces out of a two-game skid.

Making Alaska much more formidable is the activation of Vic Manuel, who is making his own season debut after dealing with an assortment of back and calf injuries.

Still, coach Alex Compton expects his Aces to be in for a long night.

"We know it will be a tough game and we have great respect for the entire Magnolia team. They are always ready, always play hard and have had a lot of deserved success in the past year-and-a-half," said Compton.

"We believe that they will be playing at a high level from the very start and we need to expect their best."

Magnolia coach Chito Victolero could only hope the same.

The Hotshots have not seen action since dropping a 71-72 squeaker to San Miguel Beer in the seventh game of their Philippine Cup finals last May 15 and the layoff without an official game is something that gnaws at Victolero.

"Hopefully, 'yung two-week preparation namin for this conference is enough na for this game," said Victolero on the eve of the match.

Alaska has the advantage in those departments.

"But we will try our best to compete."

Indeed, the main task of Victolero and his staff is assimilating John Bailey Fields III to the Magnolia system.

Fields, officially measured at 6-foot-8 1/8, saw action in eight games as a substitute import for Columbian in the same mid-season conference last year and normed an almost 30-20 average each night.

The difference now is that Fields, who last saw action for the Singapore Slingers in the ABL with whom he averaged 21.6 points, 12.4 rebounds and 1.6 blocks a game, is surrounded by a lot more talent. It's more a question of how quick he could familiarize himself with Victolero's gameplan and his new teammates.