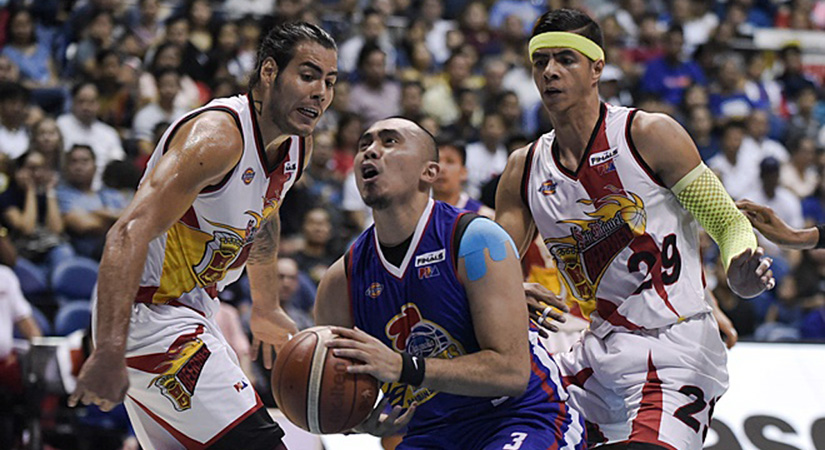 COMPETITION in the 2019 PBA Philippine Cup concludes today with the crowning of the champion between the San Miguel Beermen and Magnolia Hotshots Pambansang Manok who are to engage in a do-or-die match at the Smart Araneta Coliseum.

Following six spiritedly fought matches, the finals of the season-opening Philippine Basketball Association tournament comes to a decider where the protagonists are expecting a grind of a contest.

The Beermen forced the rubber match after taking Game Six on Sunday, 98-86, behind a solid and steady effort right from the get-go.

They were challenged by the Hotshots along the way but the defending champions continued to find ways to fight off their opponents and stave off being dethroned.

June Mar Fajardo continued to be a thorn on the side of Magnolia, leading San Miguel to the win with 23 points and 18 rebounds.

Erstwhile struggling and making his back from injury Marcio Lassiter had his best game so far in the series, finishing with 20 points, going seven-of-14 from the field.

Guard Chris Ross also had it strong with 17 points and six assists.

“We are very thankful to be able to level the series. I think key for us in this game was our defense. Hopefully we can continue it in the rubber match,” said San Miguel coach Leo Austria following Game Six.

The Beermen coach went on to say that while they are confident of their chances in Game Seven they are still have to work hard if they are to dispatch the Hotshots and win.

“It would take a lot preparation and hard work for us heading into Game Seven because we all know Magnolia is used to grind-out games. They continue to hustle and play tough no matter what,” he said.

For the Hotshots, all is not lost despite not being able to close out things in the previous game.Coach Chito Victolero took solace in his team not giving up in Game Six notwithstanding the control the Beermen had for much of the contest.

“Despite the loss I still give credit to my players for they never gave up. We had our chances but I guess the game was for San Miguel because they hit big shots that helped their cause. But we will review the tape and see what we can improve on,” Mr. Victolero said.

In Game Six, guard Jio Jalalon top-scored for the Hotshots with 17 points with Ian Sangalang adding 14.

The Beermen are going for their fifth straight Philippine Cup title and 26th league championship while the Hotshots are gunning for their first All-Filipino since the 2013-14 season and 15th PBA title overall.