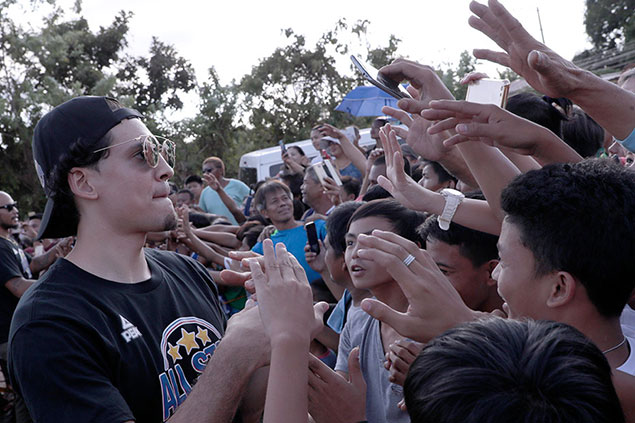 CALASIAO, Pangasinan serves as home to PBA for the next four days when it plays host to this year's All-Star weekend spectacle.

The league delegation troops to Pangasinan's first class municipality starting on Thursday to kick off the festivity, whose highlight is the traditional clash between the North and South All Stars set on Sunday at the Calasiao Sports Complex.

Coach Louie Alas of Phoenix will handle the North selection, while Rain or Shine's Caloy Garcia calls the shots for the South squad.

Upon arriving in the province known for its famous rice cake, the entire contingent will have a courtesy call to Mayor Joseph Bauzon at the Calasiao Municipal Hall.
Sponsored content:

All-Star participants then will have a motorcade followed by a meet and greet at Robinson's and CSI Mall, respectively.

Action begins the following day with the holding of the three skills challenge - the Obstacle, Three-Point Shootout, and the Slam Dunk contest. Big Beau Belga is the defending Obstacle course champion, James Yap is the current Three-Point shootout king, and Rey Guevarra as the reigning Slam Dunk title holder.

Friday night will be highlighted by the revived Rookies/Sophomores versus Juniors selection in celebration of the 30th anniversary when the league finally institutionalized the yearly staging of the All-Star game.

During its stay in Calasiao, there will also be referees and basketball clinics, as well as visits in barangay, medical center, and orphanage as part of the league's Corporate and Social Responsibility (CSR) program.

Finally on Sunday, All-Star week caps with the staging of the North versus South All-Star game. The North won, 154-151, the last time the two teams met during the 2016 edition of the meet.