Northport stays in the hunt for playoff berth

Northport stays in the hunt for playoff berth

Northport stays in the hunt for playoff berth
PBA 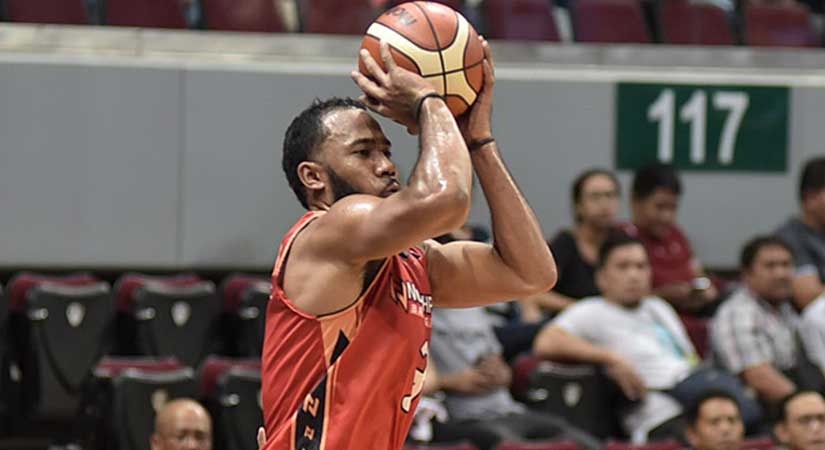 THE Northport Batang Pier are still alive in the race for a quarterfinal spot in the PBA Philippine Cup after beating erstwhile streaking TNT KaTropa, 109-83, on Sunday at the Smart Araneta Coliseum.

Needing to sweep their remaining games in the elimination round of the season-opening Philippine Basketball Association tournament, including yesterday’s game, the Batang Pier (3-6) delivered from their end on the first hurdle by going on a fast start and hanging tough the rest of the way amid a spirited challenge from TNT, especially in the third quarter, to book the win.

Rookie Robert Bolick, Stanley Pringle and Lervyn Flores got Northport to a good start, helping their team to a 22-12 lead in the first 10 minutes of the opening quarter before Jayson Castro and Roger Pogoy scored back-to-back baskets to push TNT to within six points, 22-16, after one quarter down.

In the second quarter, Northport was back at it, humming to create a huge separation from its opponent.

Mo Tautuaa stretched it to an even bigger lead of 27 points, 53-26, for Northport with less than a minute to play in the quarter before they settled for a 53-31 advantage at halftime.

TNT began the third canto with fire on its eyes, going on an 11-0 blast in the first three minutes to narrow the gap at 53-42, led by Mr. Castro and Ryan Reyes.

But Northport nipped the run on the bud, responding with an 18-9 counter in the next five minutes to reestablish a 20-point lead, 71-51.

It would continue to pour in the points after to stay at a safe distance, 82-61, heading into the fourth quarter.

Despite having control of the match, the Batang Pier showed no let-up in their attack.

Paolo Taha and Mr. Tautuaa had 13 points each while Mr. Flores finished with a career-high 11 points.

Mr. Bolick, meanwhile, had a near triple-double of eight points, 12 rebounds and seven assists for the Batang Pier.

Don Trollano was the high point man for TNT with 15 points, followed by Jay Washington with 13 and Mr. Pogoy 10.

“We just prepared hard for this game. We are still in contention for the playoffs and we just have to follow our system and game plan,” said Mr. Flores in Filipino after their win.

Apart from keeping them alive in the tournament, the victory also stopped for Northport a six-game losing streak.

For TNT (7-4), the loss was costly as it deprived it of a chance to vie for a top-two finish and the twice-to-beat advantage in the quarterfinals.

The KaTropa also saw their five-game winning streak come to an end.

The next do-or-die match for Northport is on Wednesday against the Alaska Aces.