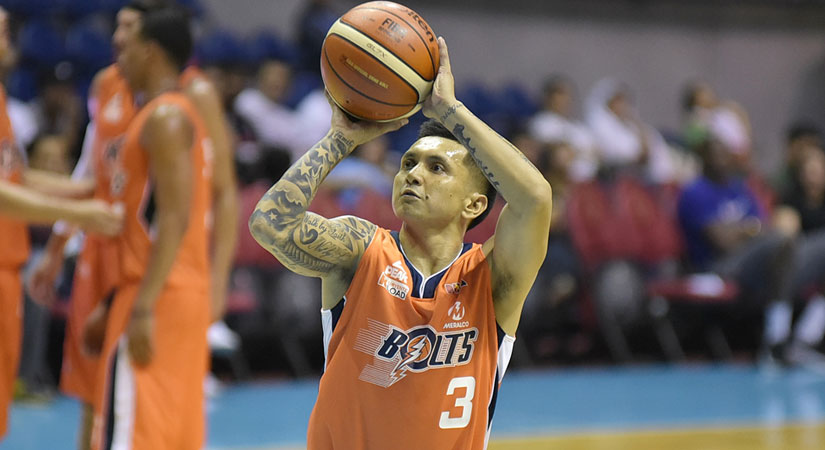 THE San Miguel Beermen further fortified their preparation for the next Philippine Basketball Association season with the naming of PBA legend Jimmy Alapag as one of their assistant coaches.

In an informal announcement held at the team’s practice at the Acropolis Gym in Quezon City, Mr. Alapag, a one-time PBA most valuable player and many-time league champion, was introduced to the team, along with new acquisitions Terrence Romeo, Paul Zamar, and Ronald Tubid.

Mr. Alapag, who had a Hall-of-Fame career while playing for the TNT and Meralco franchises in 13 years in the PBA, joined Boycie Zamar, Ato Agustin, Peter Martin, Biboy Ravanes, Dayong Mendoza and Jorge Gallent as assistants to head coach Leo Austria.

The 2011 PBA MVP and Gilas Pilipinas stalwart though would remain as head coach of the defending champion San Miguel Alab Pilipinas team in the ASEAN Basketball League.

“We always liked Jimmy as a player way, way back. Even before the draft where he was selected. Coach Ron (Jacobs) scouted him and we actually hid him but someone scouted him in one of the practices and we were not able to get him. But we’re happy to have been able to get him now as one of the assistants of Coach Leo and I’m sure he will be of great help just like the other assistant coaches to make it possible for this team to win more championships,” said San Miguel team governor Robert Non as he introduced Mr. Alapag to the team.

For Mr. Alapag, to be part of the Beermen staff is something he welcomes and a challenge he accepts.

“I would like to thank the San Miguel bosses and Coach Leo for this opportunity. History speaks for itself and what you guys (team) have done in the PBA. I’m just here to help in every shape or form. In whatever capacity Coach Leo asks me to. We’re here to win and that’s what I’m all about. And looking forward to the season,” Mr. Alapag said.

San Miguel opens its PBA campaign in the Philippine Cup this month where it is the four-time defending champion.

Mr. Alapag last played in the PBA with the Meralco Bolts in the 2015-16 season.

He also held a team official position with TNT and Meralco before coaching in the ABL.