UP and Adamson make another go at finals slot

UP and Adamson make another go at finals slot

UP and Adamson make another go at finals slot
PBA 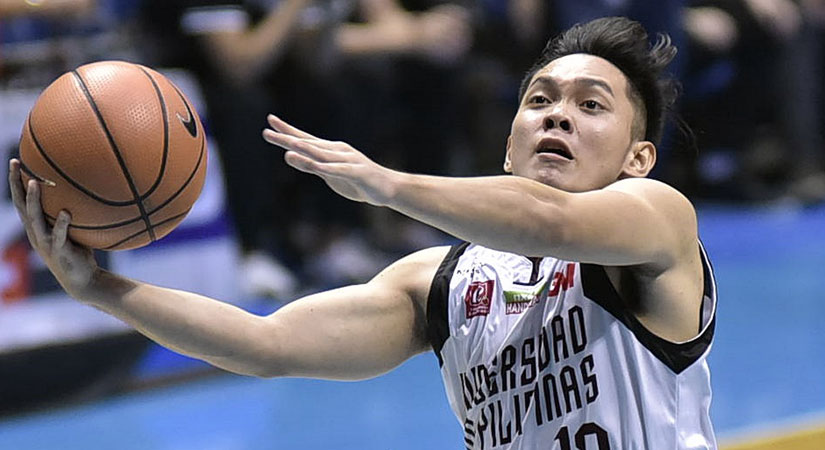 Set for 3:30 p.m., the Maroons and Falcons battle it out for the right to face defending champions Ateneo Blue Eagles in the best-of-three championship series which is scheduled to begin later this week.

The sudden death was forced by lower-seeded UP after it overcame the first hurdle in a twice-to-win handicap with a 73-71 victory last Saturday off a game-winner by about-to-be-named league most valuable player Bright Akhuetie.

With the score knotted at 71-all with 3.7 seconds remaining after Adamson’s Sean Manganti tied things with two pressure-packed free throws, UP then set up a play off a time out which had erstwhile struggling Akhuetie receiving the ball under the basket and connecting for the eventual game-winner.

Adamson tried to salvage the win but Jonathan Espeleta’s desperation heave from midcourt failed to hit the mark as time expired.

The victory kept UP’s season alive and extended a win streak that now stands at four and has given their playoff push a major boost.

Given an opportunity to go deeper in the tournament, a position they have not been to in two decades, the Maroons are now more determined to seize it.

“I kept telling the players that no matter what happens we have to go through this. We may win or lose but it’s a matter of learning from it all. But since either way we would learn, we might as well win this,” said Maroons coach Bo Perasol following their hard-earned win at the weekend.

They recognize, however, that they have to take it away from the Falcons, who they expect to come back with the necessary adjustments come today’s game.

ADAMSON NOT WORRIED
Despite falling short of disposing UP at the first instance, Adamson still remains upbeat of eventually getting the job done.

“There is more one more game to be played,” Falcons coach Franz Pumaren was quoted as saying following their tough loss last time around.

He admitted though that they have to play far better in the next game, with top guns Jerrick Ahanmisi and Manganti, in particular, in their element right from the get-go.

Last Saturday, both Ahanmisi and Manganti struggled for the most part of the contest, only getting their groove late in the game.

Their slow start, the team acknowledged, had an adverse effect on its attack, something it hopes to be able to address in the sudden death.

UP looks to enter the finals for the first time since 1986 while Adamson shoots for a spot it has not been to since 1992.