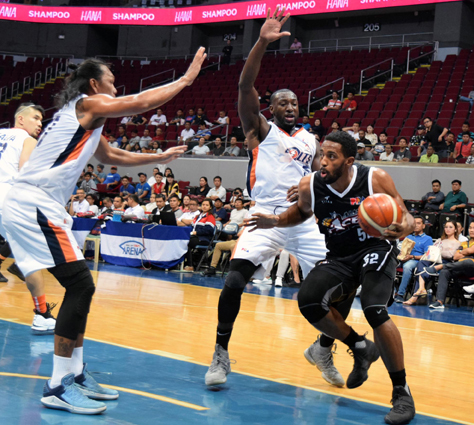 With their best-of-five semifinals clash tied, Alaska and Meralco are bound to scratch and claw when they meet again as they both want an advantageous position in the 2018 Philippine Basketball Association Governors’ Cup.

Tied at 1-1, the Aces and Bolts know the importance of taking a pivotal advantage as they both shoot for an upper hand tonight in Game 3 at 7 p.m.

Alaska was able to avoid a huge 0-2 hole by stepping up to take Game 2, 100-95, last Tuesday night to even the series and make it a virtual best-of-three.

Mike Harris, Simon Enciso and Chris Banchero led the way as the Aces equalized their series.

Aces coach Alex Compton is happy that the series is back to a square one and this time around, he would like his team to grab the upper hand.

“We got out of a hole and now we got a best-of-three,” said Alaska coach Alex Compton. “We regained out energy and I hope we can keep it up to give us a good shot of leading the series.”

Alaska not only tied the series but it also snapped Meralco’s seven-game winning streak in the process.

The Bolts, on the other hand, will now look to regain their touch to help them move a step closer to a possible third straight trip to the finals of this season-ending tournament.

Over at the other side of the fence, Magnolia is looking to be the first team in the finals as it looks to sweep and dethrone two-time defending champion Barangay Ginebra in their own semis affair.