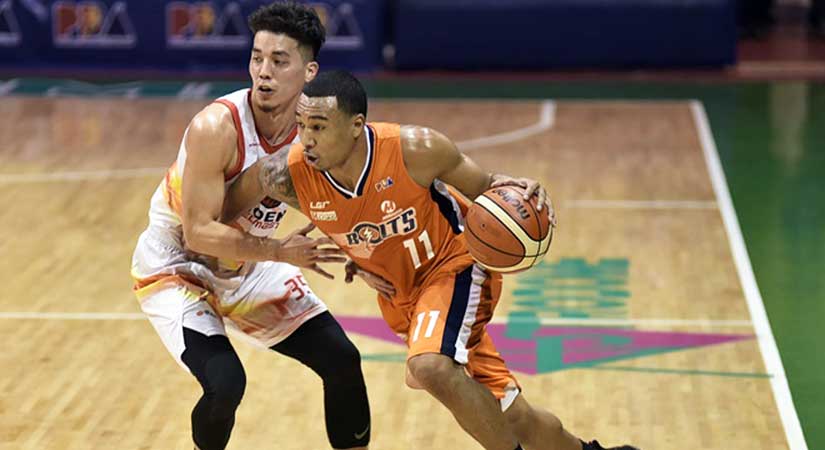 LEFT with an opening to advance to the semifinals of the Philippine Basketball Association Governors’ Cup, the Meralco Bolts are out to make full use of it when they meet the Phoenix Fuel Masters in the rubber match of their quarterfinal tiff today at the Smart Araneta Coliseum.

Successfully staved off elimination with a 90-74 victory on Wednesday, the Bolts, seeded seventh in the quarterfinals and carrying a twice-to-win handicap in the battle, are now fighting on equal footing with the second seeds Fuel Masters in their winner-take-all set for 7 p.m.

In winning the game and forcing a rubber match, Meralco used a solid third-quarter effort where it outscored Phoenix, 33-20, to turn a two-point deficit, 35-33, at the half to a 66-55 advantage entering the fourth period.

The Fuel Masters tried to rally back in the final quarter but had little success as they failed to hit their mark.

Baser Amer had 14 points and six assists while Nino Canaleta and Mike Tolomia came off the bench to contribute nine points each.

It was the fifth straight victory for Meralco, stretching back from late in the classification phase that allowed it to enter the playoffs via the backdoor.

But while they are happy to live to fight another day, Meralco coach Norman Black said they are not out of the woods yet and that they have to stay ready and go for it as they believe Phoenix will make the adjustments and not just allow the Bolts to have an upset.

“It’s just one game and we need two. They fought very hard to get that twice-to-win advantage,” Mr. Black said.

“We just have to go out, try to win one more game to make it to the semifinals,” he added.

For Phoenix, it will try recalibrate after struggling from the field throughout the contest last time around.

Only two players managed to score in double-digits for the Fuel Masters — import Eugene Phelps who had 27 points and Calvin Abueva 18 — with the team collectively shooting just 30% (28-of-93) for the game.

The winner of the quarterfinal pairing between Phoenix and Meralco will face off with the Alaska Aces, who eliminated the powerhouse San Miguel Beermen, 96-85, also on Wednesday.

Alaska carried a twice-to-beat advantage but saw no need to use it as it went for the jugular at the first instance.

Meanwhile, playing in the other semifinals are the defending champions Barangay Ginebra San Miguel Kings and Magnolia Hotshots Pambansang Manok in another “Manila Clasico” joust.

The semifinal round of the PBA Governors’ Cup, which will be a best-of-five affair, begins this weekend.