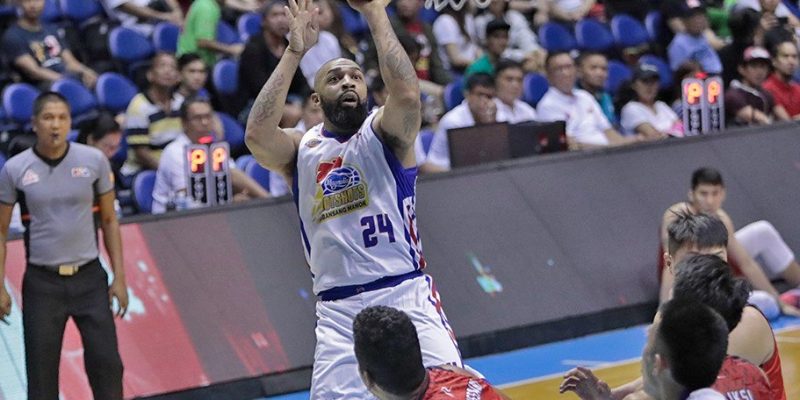 Magnolia Hotshots fended off a huge uprising by the Blackwater Elite, holding on for a 103-99 victory in the quarterfinals of the 2018 PBA Governors’ Cup, Tuesday night at the Smart-Araneta Coliseum.

The Hotshots squandered a double-digit lead early but came through with a searing rally down the stretch to prevail over the Blackwater, making good use of their twice-to-beat advantage as they barreled into the next round.

Paul Lee led the scoring for Magnolia with 22 points, including a pair of clutch free throws in the last five seconds that sealed the deal for the Hotshots.

Romeo Travis finished with a triple-double of 18 points, 20 rebounds, and 12 assists, Ian Sangalang had 18 points as well on top of eight boards and four blocks, while PJ Simon tallied 16 markers to help Magnolia eliminate the Elite.

Staring at an 84-91 deficit after establishing a 13-point edge in the first half, the Hotshots went on a 16-5 run in the payoff period for a 100-96 advantage with over a minute left.

A three-pointer from Paul Zamar pulled Blackwater to within 99-100, 35 seconds to go, but Magnolia came up with a big defensive stop and Travis and Lee converted from the foul line to put the game away.

Henry Walker ended up with 18 points, eight rebounds, and five assists, Poy Erram had a double-double with 15 points and 19 rebounds, while Zamar supplied 13 points in a losing effort for Blackwater.