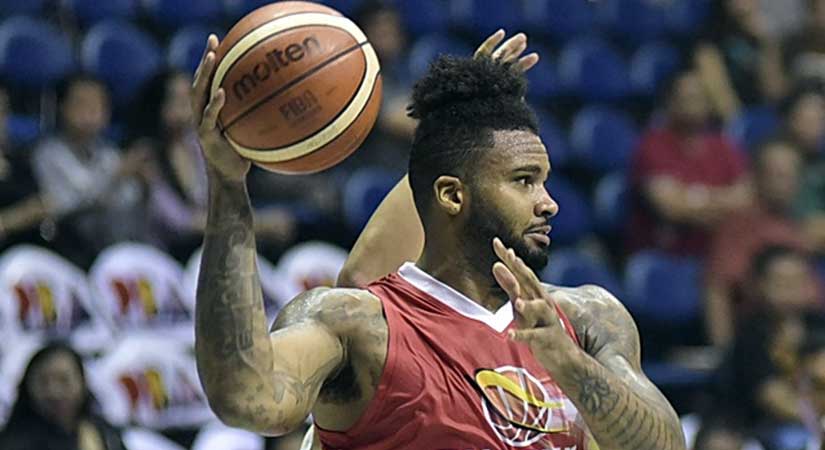 THE Phoenix Fuel Masters rose to the challenge in their final game of the elimination round of the Philippine Basketball Association Governors’ Cup and were rewarded accordingly with a huge incentive heading into the playoff round.

Beating the Blackwater Elite, 97-91, in their key match at the Smart Araneta Coliseum on Sunday, the Fuel Masters edged their foes to book a top-four spot in the season-ending PBA tournament and earn a twice-to-beat advantage in the quarterfinals.

In fashioning out the win that had it moving all the way to second spot, Phoenix showed much resilience and toughness amid a stiff challenge from Blackwater and going for it when the opening for the team to charge ahead presented itself.

The teams had it competitive right from the get-go, looking to establish momentum to control the contest.

Phoenix would hold a slim one-point lead, 10-9, with five minutes to go in the first period but built on it after to stay ahead, 21-18, with a quarter down.

A back-and-forth started the second quarter with the combatants fighting to a knotted count of 26-all at the 8:31 mark.

Import Henry Walker pushed the Elite to a 33-29 lead a minute and a half later.

Blackwater, however, was dealt a blow moments later after starting point guard Michael DiGregorio was ejected from the game at the 6:07 mark for a disqualifying foul after throwing the ball on Phoenix import Eugene Phelps following a brief commotion with Elite big man JP Erram.

When play resumed, the Fuel Masters responded with a 6-1 run to reclaim the lead, 35-34.

But the Elite would regain their footing, behind Mr. Walker and Mac Belo to go on top, 48-44, at the halfway mark of the contest.

Blackwater went on a quick start to roll off the third quarter, scoring five straight points, care of Paul Zamar and Allein Maliksi, inside the first minute to build a 53-44 advantage.

Calvin Abueva and Phoenix made attempts after to overhaul the Blackwater lead but the Elite would find ways to keep their opponents at bay.

The count stood at 62-59, and Blackwater still on top, with six minutes remaining in the period.

The slugfest was sustained as the quarter progressed, eventually settling with the Fuel Masters’ perseverance paying off as they took a 72-69 lead heading into the final quarter.

Getting much wind entering the fourth canto, Phoenix continued with its ascent at the start of the final quarter.

It would hold an 83-76 lead with six minutes to go on the game clock with Matthew Wright getting into the scoring fray.

The Elite, however, showed no giving up, making every effort to rally back.

A last-ditch effort to salvage the win by Blackwater only merited it coming to within four points, 95-91, with 37 seconds to go as the Fuel Masters went for the jugular after and book the win.

Mr. Phelps only had 16 points but had 19 boards and five dimes for the Fuel Masters, who now await for their opponent in the quarterfinals which is hinged on the final game of the eliminations between the league-leading Barangay Ginebra San Miguel Kings and playoff-hoping TNT KaTropa.

Blackwater, which had been relegated outside of the top four and have to face a twice-to-win disadvantage in the quarters, meanwhile, was paced by Mr. Walker with 21 points and Nards Pinto with 17.

“I just gave my best in this game to help my new team get into the top four in the playoffs. Hopefully we can build on this and make our way all the way to the semis and beyond,” said Mr. Abueva, named co-player of the game with Mr. Wright, in the vernacular after the contest.