Ginebra turns back Magnolia for another Manila Clasico win

Ginebra turns back Magnolia for another Manila Clasico win

Ginebra turns back Magnolia for another Manila Clasico win
PBA 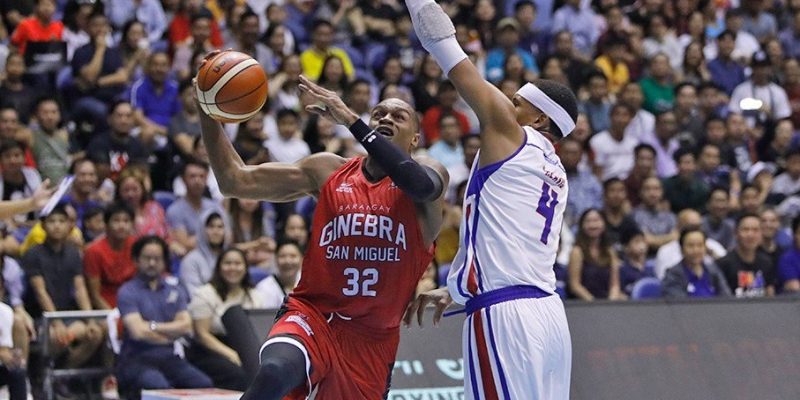 Barangay Ginebra displayed its championship poise under pressure as it frustrated the Magnolia Hotshots anew, 93-86, in the 2018 PBA Governors’ Cup before a capacity crowd at the Smart-Araneta Coliseum Sunday night.

With the win, the defending back-to-back champions reclaimed the solo lead in the team standings with an 8-2 record, guaranteeing them a twice-to-beat bonus in the playoffs.

Justin Brownlee and Japeth Aguilar took the scoring cudgels for the Gin Kings with 29 and 17 points, respectively, while Greg Slaughter and Sol Mercado had a solid return, providing crucial baskets at the height of Magnolia’s fightback in the second half.

The Hotshots, who trailed by as much as 19 points in the first half, came alive in the third canto and knocked within 45-49, behind Paul Lee’s hot hands.

Ginebra though, recovered and uncorked a 30-12 rally bridging the thid and fourth quarter for their largest advantage, 81-59, but had to steel themselves against Magnolia’s last-ditch rally, coming to within 89-84 in the final 34 seconds after a three-point play by Jio Jalalon.

The loss put to waste Romeo Travis’ 30-point output on top of seven rebounds and four assists, as the Hotshots ended their eliminations campaign with an 8-3 card.