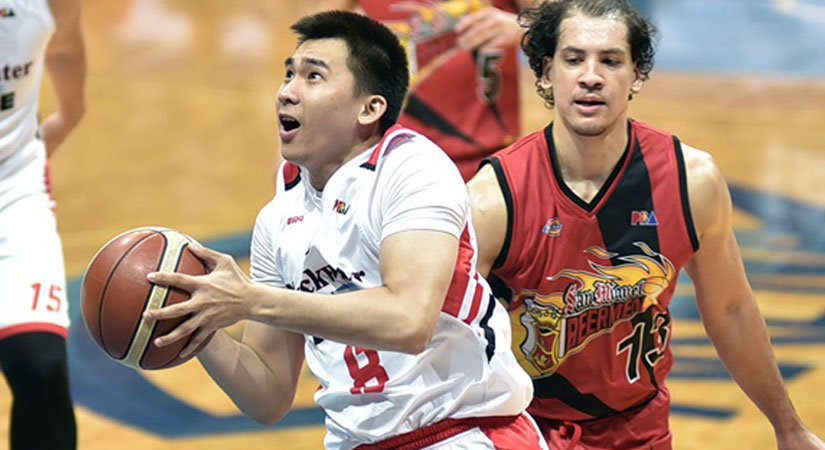 Set for 4:30 p.m. at the Smart Araneta Coliseum, the Elite, sporting a franchise-best 4-0 record to begin a PBA tournament, are out to build on it and further propel their cause in the season-ending conference against the Road Warriors (3-2), who are welcoming back their head coach and hoping to return on the winning track after getting tripped last time around.

Blackwater has been on a major resurgence in the Governors’ Cup, collectively in synch on both ends of the court that has seen it take down some of the top teams in the league early.

The Elite stood toe to toe with the Kings before digging deep in the end to complete the defeat of the Kings.

Six players scored in double figures for Blackwater in the win, led by import Henry Walker’s 39 points, which he peppered with nine assists, seven rebounds, and two steals.

Paul Zamar had 17 points while Nards Pinto had 15 points and six assists.

While they are not getting ahead of themselves with the strong start, Blackwater coach Bong Ramos said they nonetheless believe that they are for real and they can compete with the best in the league and be a contender.

“In my heart, yes [we believe we are for real]. In the heart of the players, they are for real,” Mr. Ramos said following their victory.

“It’s just four wins for us right now and we have to play seven more [in the elimination round]. We just have to take it one game at a time and have that winning mindset,” he added.

GUIAO RETURNS
Waiting for Blackwater and looking to nip its momentum is NLEX which will have coach Yeng Guiao back in harness after more than a month away.

Coached the national team in the 18th Asian Games in August and FIBA World Cup Asian Qualifiers fourth window early this month, Mr. Guiao is now focusing his attention on the Road Warriors and take the team further in the tournament.

Mr. Guiao said that he is happy that his team was able to keep its head afloat under the baton of his deputies, led by Jojo Lastimosa.

They were in said game at the start but just could not keep in step with the Beermen the rest of the way en route to the defeat.

Import Aaron Fuller had all-around numbers of 36 points, 16 rebounds, five assists, two steals and two blocks while Kenneth Ighalo and Michael Miranda had 16 points each but they were not enough to pull their team to the win.

Meanwhile, playing in the main game at 7 p.m. are the Magnolia Hotshots Pambansang Manok (2-1) and Rain or Shine Elasto Painters (0-1).