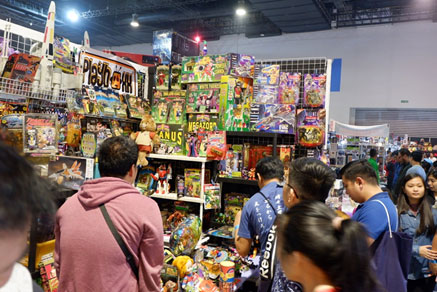 Growing up as a 90’s kid, toys were a huge part of our generation. The 90’s could arguably be one of the greatest eras for the toy industry. Almost every 90’s kid has had a toy that was a monumental part of their childhood. Most of these toys being action figures of their favorite characters from their favorite TV shows, movies, books/comics or video games. Toys like Superheroes (Or Villains) from Marvel’s Spiderman and X-Men to DC’s Superman and Batman. Or video game characters from Street Fighter, Zelda, Super Mario or Mortal Kombat. Movie characters like Star War’s Darth Vader, Storm Troopers and Han Solo complete with transportation vehicles like the Millennium Falcon. To a whole line of Dinosaurs from the movie Jurassic Park. These were all characters turned action figures that were available for purchase at your local toy store at the time.

Now as we got older, people tended to substitute their favorite toys for their new and improved virtual counterparts. They began to trade in for gadgets with more technology such as game consoles and cell phones where they can virtually play games as their favorite characters in RPG’s (Role Playing Games). As compared to having a figure you can touch, hold and use your imagination to create just about any scenario you want. 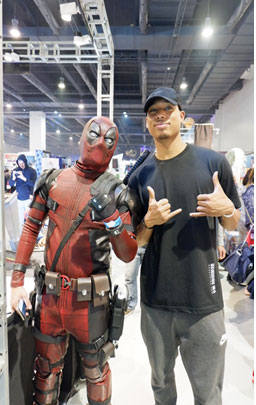 Toy Con PH was a breath of fresh air giving me, and thousands of others, a nostalgic feeling by being in a free thinking environment where people are able to express themselves through the many passions they have with their favorite characters and toys regardless of the many platforms they come from. It can be seen as a celebration of these characters, as well as a real authentic appreciation of the original word “toy”.

As I arrived at Toy Con held at the SMX convention center, I could feel the excitement in the air as I walked up to the check-in counter, all while being surrounded by cosplayers and fans sharing the experience with one another by taking numerous photos and having social interactions. After I was able to check-in, I made my way into the convention hall which was full of booths all filled with some sort of specialty. Many having action figures and collector’s memorabilia such as the popular “Funko Pop” style figures. Some booths having toy weaponry such as light sabers or Thor’s legendary hammer. Other booths had very detailed character models and toys all set up in well organized display cases for fans to admire the collection of some of the biggest fan groups in the Philippines. There were even booths that specialized in graphics for t-shirts, stickers and plenty of other fun-filled interactive gimmicks. 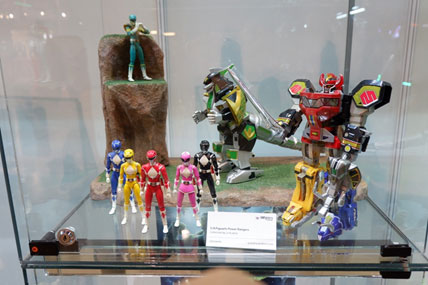 Out of all of the booths at the event, my personal favorite booth was The Power Rangers/Cosplay custom helmet and body suit booth. I am a big Mighty Morphin Power Rangers fanatic and It is one of the shows that I really enjoyed watching growing up as a kid in the 90’s. The helmets immediately caught my attention and I couldn’t wait to hold one in my hands. As I began talking to the booth attendees, I asked questions about pricing and the process of ordering and how they make the full body suites. This has always been a childhood dream of mine, to own a fully functional MMPR suite! After spending about 30 minutes at this particular booth (which was the longest time I spent at any individual booth at the event), trying on the different helmets and taking several pictures. I decided to make the jump and order my very first cosplay Power Rangers suite. 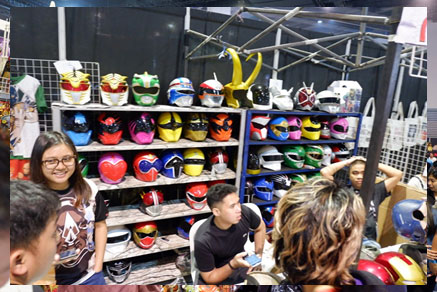 The process was actually very easy and the attendees were very knowledgeable about all the details of the project. They quickly got my measurements for sizing, asked which particular character I wanted and finalized some minor details of the project. We exchanged contact information, talked about our timeline and Boom! We were finished! I walked away with a big smile on my face knowing that I was one step closer to fulfilling that dream. 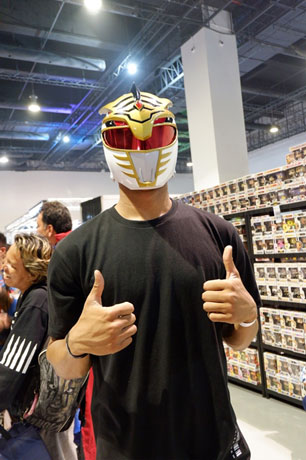 Overall my Toy Con PH 2018 experience was one for the books. This was the first Toy Con that I have had the privilege to attend and it is also an experience that I will remember for the rest of my life.  After this experience, I was already very eager to hear an announcement for when the next one will be. I talked to a few booth owners about the details on how they registered, and hope to be able to have a booth of my own someday in the near future. I highly recommend that anybody who has a passion for comics, collectables, cosplay and even just the curiosity to experience something new to check out the next Toy Con event that comes to a city near you!