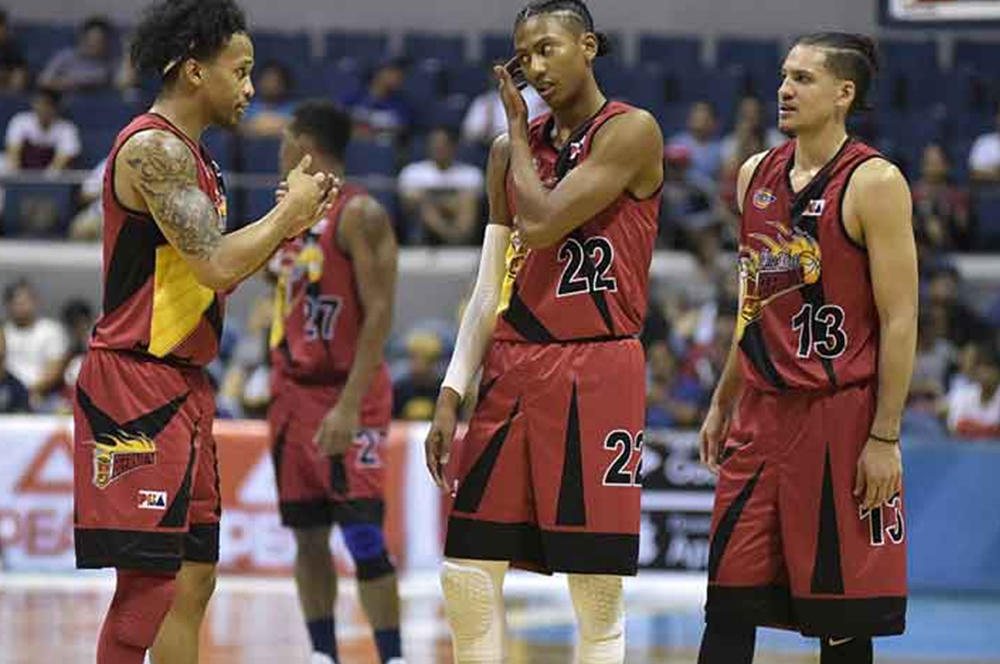 WITH the race for the top four spots and the twice-to-beat advantage that goes with it in the quarterfinals of the Philippine Basketball Association (PBA) Governors’ Cup heating up as the elimination round hits the homestretch, the San Miguel Beermen are eyeing to throw themselves in the mix when they take the floor today against the already-eliminated Phoenix Petroleum Fuel Masters.

Currently outside looking in with a 6-3 record and good for fifth place, the Beermen take on the Fuel Masters in the 7 p.m. main game at the Ynares Center in Antipolo City looking to notch an all-important victory that would thrust them inside the top four with one game left in their schedule.

In the ongoing PBA tournament, format calls for the top eight teams from the 12-team field advancing to the next round with the top four gaining a twice-to-beat edge over their lower half counterparts.

San Miguel enters the game coming off a three-game winning streak after hitting a pothole midway into the tournament that prompted it to change reinforcement twice.

The most recent of the Beermen’s victories was over Kia Picanto, 118-112, last Saturday where the Grand Slam-seeking beer masters were made to dig deep by the highly determined, albeit still winless, Kia squad.

The Beermen needed an explosive fourth quarter, led by reigning most valuable player June Mar Fajardo, to beat Kia and sustain their march to the top of the heap.

After having made to labor by Kia, San Miguel Leo Austria said he hopes the game served as a wake-up call for his wards not to take any team for granted more so that the rest of the field is out to derail their mission of bagging a rare Grand Slam.

“I think this is a wake-up call for us. We can’t take any team for granted because every team wants to beat us,” said Mr. Austria at the postgame press conference following their victory over Kia.

Already out of the running in the season-ending PBA conference, Phoenix, for its part, is fighting for pride and trying to halt an extensive losing streak of eight matches to date.

After opening their campaign with two straight wins, it has been all downhill for the Fuel Masters that saw them lose original import Eugene Phelps to injury along the way.

Replacement import Brandon Brown has been posting solid numbers of 35.8 points, 17.8 rebounds and 3.6 assists but he has yet to lead the Fuel Masters to a victory.

Meanwhile in the curtain-raiser at 4:15 p.m., the Rain or Shine Elasto Painters (5-4) are also out to fan their top four push against the also-rans Alaska Aces (3-7).

Both teams are coming off losses in their previous games.