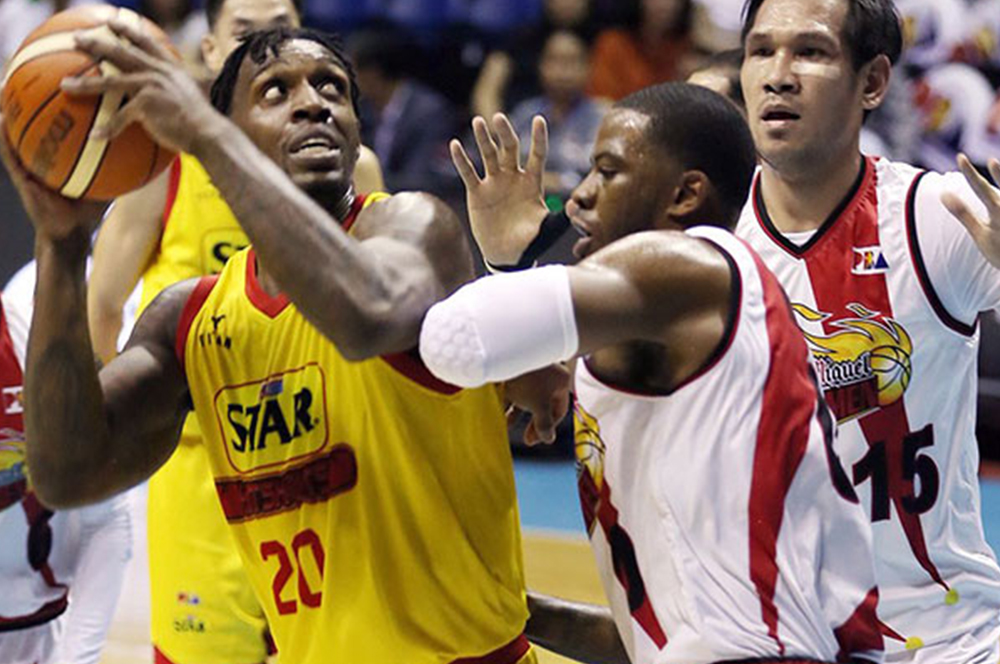 A BLOCKBUSTER Friday double-header is set to unfold in the resumption of the 2017 Philippine Basketball Association Governors’ Cup.

Undefeated teams San Miguel Beer and Star, both holding 2-0 slates, take centerstage when they face each other at 7 p.m. today at the Smart Araneta Coliseum, with both protagonists seeking a third straight win.

The Beermen and the Hotshots are also aiming at a second-place tie with Meralco, who sits at a 3-0 mark behind league-leader NLEX (4-0).

Both teams are off to a hot start once again just like last conference and now, they test each other to see who keeps an unblemished record.

The Grand slam-seeking Beermen are coming off an impressive 97-91 grinder off a victory over the Tropang Texters just the other night.

The Hotshots were equally as impressive, routing the Aces, 101-92, last Friday.

While TNT KaTropa is looking to get back on track, Alaska is the team in desperation mode.

Dating back to last conference, the Aces have lost 11 straight games and are hoping they can finally get out pf their long dry spell.

They haven’t won a game since April.

However, Alaska will get a boost as star Calvin Abueva returns to action after a one-game absence.

Abueva missed out on the Aces’ defeat to the Hotshots after attending to personal matters.

He should be able to help Alaska against a formidable TNT KaTropa side.