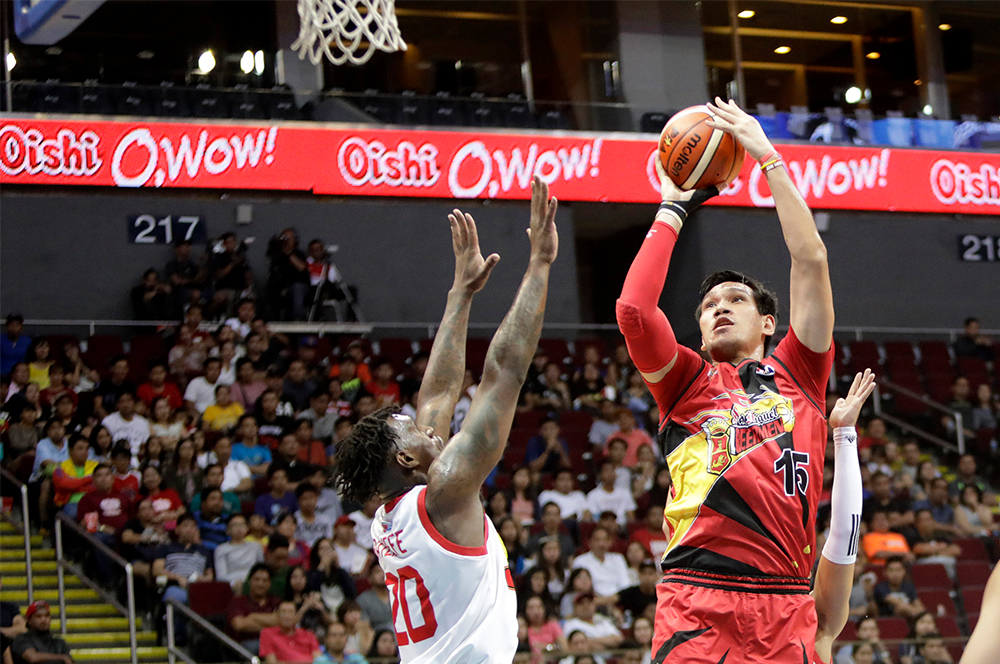 WHO will move a step closer to the finals?

Both San Miguel Beer and the Star Hotshots want to be that team as they battle again at the resumption of their best-of-five semifinals series in the 2017 Philippine Basketball Association Commissioner’s Cup playoffs.

Tied at 1-1, the Beermen and the Hotshots figure in a vital Game 3 tonight at 7 p.m. at the Smart Araneta Coliseum to see who gets the upper hand.

The two teams have been battling back-and-forth through the series’ first two games with no team seizing clear advantage.

Facing a must-win situation, San Miguel rose to the occasion in Game 2 by pulling through in the clutch to sneak in a tough 77-76 escape Sunday night over Star to even things out.

Despite foul trouble, Charles Rhodes still finished with 21 points, some of them in the crucial juncture, to help San Miguel avoid an 0-2 hole.

“This series is really tough for both teams. Nakikita naman natin. For us, Game 3 is very important since this is just a best-of-five series. We need to take it to have a good chance,” said Austria.

As of this report, TNT KaTropa is currently shooting for its own 2-0 series lead over its own semis showdown against Barangay Ginebra.

The Beermen beat the Hotshots despite the monster numbers put up by Star import Ricardo Ratliffe who pulled down 35 rebounds. The effort is the fourth best all-time in league history, and second most in the playoffs behind Ginebra’s Michael Hackett, who collared 45 rebounds for his team way back in 1985.

In all the Hotshots outrebounded the Beermen in Game Two, 58-45, but it wasn’t enough to turn back SMB.

Austria said what’s more important is for the Beermen to put the clamps on Star’s local hotshots, including Allein Maliksi who was held to five points on 2-of-7 shooting in Game Two.