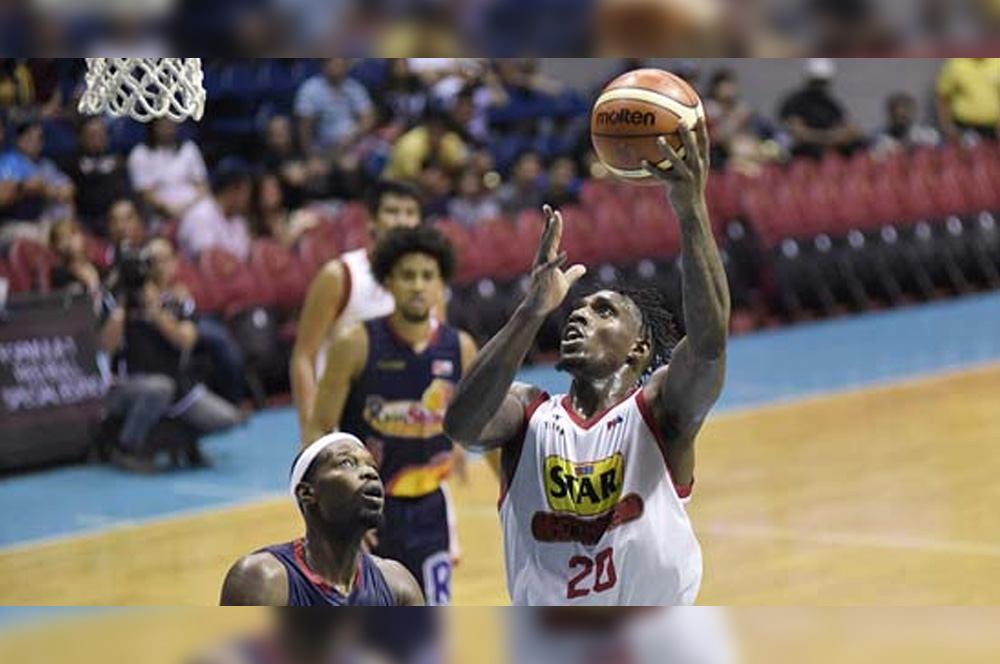 THE Star Hotshots became the latest team to book a semifinal seat in the Philippine Basketball Association (PBA) Commissioner’s Cup after completing a sweep of erstwhile defending champions Rain or Shine Elasto Painters, 84-69, in their best-of-three quarterfinals series yesterday at the Smart Araneta Coliseum.

Thrust themselves to a position where they had a chance to close out things after a big win in the series opener on Monday, the Hotshots took advantage of the opportunity and went for the clincher.

It is set to face San Miguel in a best-of-five semifinal series.

Unlike in the first game though where they practically had their way against their opponents, the Hotshots found a battle with the E-Painters in Game Two.

They trailed the paint masters, 19-16, at the end of the first period and failed to capitalize on Rain or Shine import Duke Crews limited by foul trouble to continue to lag behind, 37-33, by the halftime break.

The E-Painters got off to a quick start in the third canto, outscoring the Hotshots, 8-4, in the first four minutes to set further distance, 45-37.

But Star would make its move thereafter, retaliating with a 10-1 run of its own to overtake Rain or Shine, 47-46, at the four-minute mark of the period.

The Hotshots eventually completed the turnaround by claiming the third canto, 55-52.

The start of the fourth period saw the two teams gunslinging, out to take control.

Led by import Ricardo Ratliffe, however, Star would put gas to its thrust to speed to a 75-66 lead with four minutes to go.

That proved to be the turning point of the match on its way to the semifinal-clinching victory.

Paul Lee had 13 points while Mark Barroca finished with 12.

Apart from him, no other E-Painter scored in double digits.

“We were expecting a grinding game. So I told the players that Game Two will be different and Rain or Shine will be more physical. Credit to the players, they never gave up,” said Star coach Chito Victolero following their win.

Meanwhile, later yesterday the TNT KaTropa were looking to end their own best-of-three quarters series with the Meralco Bolts.

The winner of said series advances to the semifinals against top-seeded Barangay Ginebra.