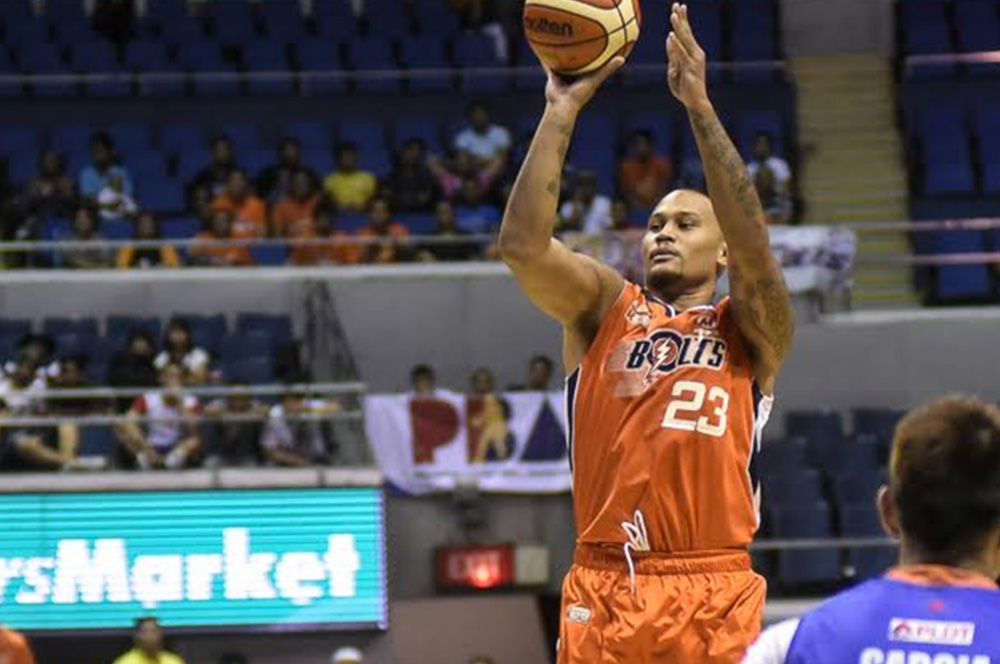 Meralco rose through a tough adversity, beating out TNT KaTropa in an overtime grind, 103-100, to force a do-or-die face-off in their PBA Commissioner’s Cup best-of-three quarterfinals duel at the Smart Araneta Coliseum Wednesday night.

Baser Amer erupted for a career-high 32 points while Kelly Nabong came through with nine of his 15 in the extension play as the Bolts survived a long scoreless spell in the fourth quarter and the exit on fouls by import Alex Stepheson with 1:54 left in regulations.

After blowing away an 11-point lead in the last 5:46 of regulations, the Bolts stuck together and pulled off an escape act to foil the Texters’ sweep bid. The two teams square off in a knockout setto at 7 p.m.Friday also at the Big Dome.

The winner advances to the semis versus Barangay Ginebra. “We played much, much better tonight than the last time. We played most of the way with our import in foul trouble and I have to give credit to our locals,” said Meralco coach Norman Black.

“Special mention goes to Baser for a career game and also to Kelly for making the key free throws in overtime,” Black added. The Meralco locals showed great courage and character under tremendous pressure, clipping TNT behemoth Josh Smith and his teammates in OT.

“We will need another effort like this to have a chance to make the semifinals. I expect Friday to be a dogfight, and I hope our guys come out like they did tonight,” said Black. Picking three fouls in the first four minutes of the game, Stepheson was limited to playing only 26:14 minutes where he collected just 13 points rebounds and seven points.

The winning effort really came from the Meralco locals led by Amer who went 11-of-21 from the field and 7-of-9 from the line. Meralco went scoreless in the last 5:46 of regulations, allowing TNT to force the overtime play at 92-all.

The Bolts got off to a blazing start (29-10) and were still very much in control at 92-81 before going on a long dry spell. RR Garcia drained a trey then Justin Smith nailed a charity as the Texters eventually caught up at 92 with 5.6 ticks to go.

The Bolts had a chance to salvage the game in regulations but couldn’t create a winning play in the dying seconds. The Texters finally tasted the lead on a charity by Garcia to start the extension play. But the