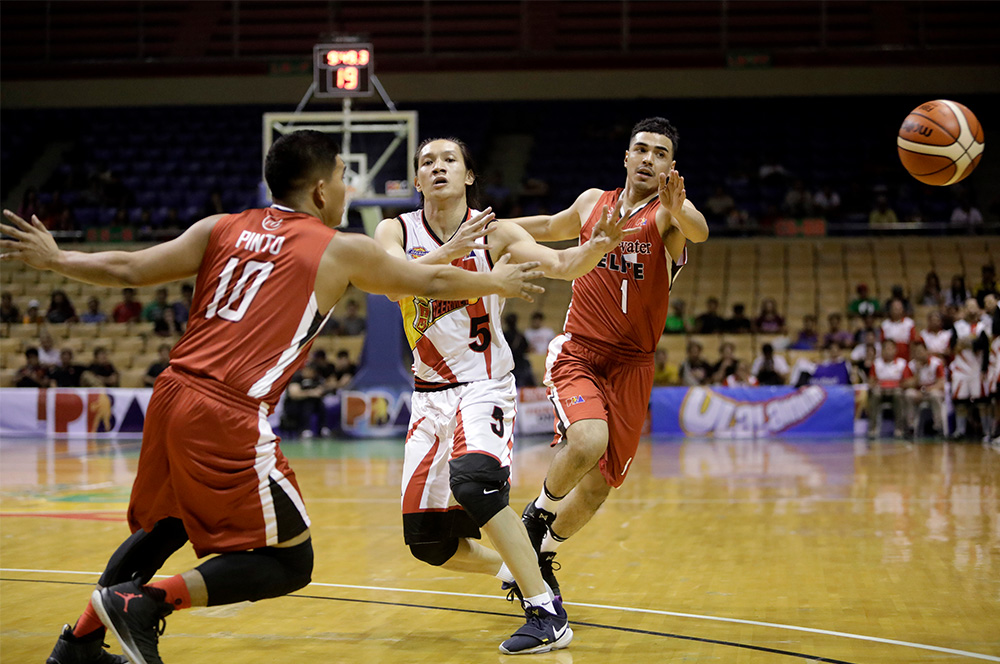 SAN Miguel Beer flexed its championship muscles in the fourth period to come from behind and wallop Blackwater, 124-113, in the penultimate playdate of the elimination round of the 2017 Philippine Basketball Association Commissioner’s Cup Wednesday at the Cuneta Astrodome in Pasay City.

Charles Rhodes led the way with 32 points, but got plenty of help from June Mar Fajardo and Marcio Lassiter, who scored 28 and 21 points, respectively.

The victory is vital for the Beermen as they solidified their bid for a Top 2 finish, improving to 8-2 to gain a share of first place as well.

The Beermen were playing abysmal for most part of the game, trailing big at the half, 72-56, before turning on the switch in the second half.

San Miguel Beer started clawing back in the third, inching to within just six after the period, 96-90.

Back in the game, the Beermen then finished emphatically, outscoring the Elite 34-17 in the final 12 minutes to take the victory away.

San Miguel still has a game left as it plays GlobalPort in its final assignment tomorrow. It needs to win to secure a place in the Top 2, otherwise, a loss might jeopardize its spot at either No. 1 or No. 2.

Barangay Ginebra (8-2), San Miguel, Star (8-2) and TNT KaTropa (8-3) are the four teams battling it out for the Top 2 seeds and the twice-to-beat incentive that goes along with them.

Should there be any tie, the quotient system will come into play and determine the final rankings.

As of press time, Star and Alaska (4-6) are figuring in a crucial tiff with a lot at stake.

For the Hotshots, they also need to secure a win to likewise boost their chance of finishing in the Top 2, while the Aces are in desperation mode as they are trying to stay in the Top 8 and earn a ticket to the quarterfinals.