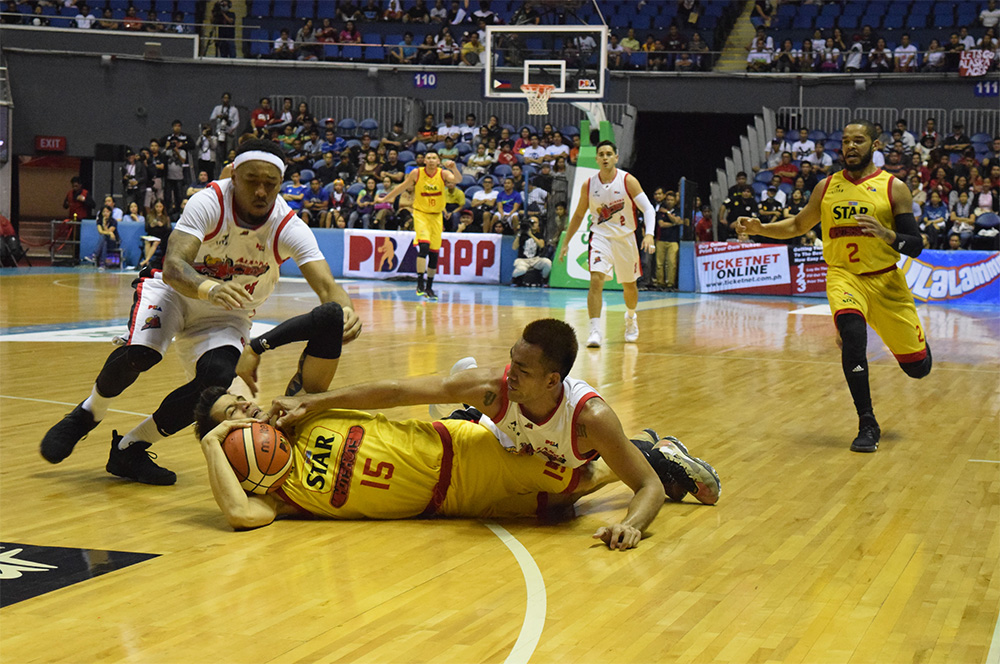 AS the elimination round reaches its penultimate playdate, a lot will be on the line.

Two of the competing teams for a top two finish face separate opponents and are facing must-win situations in the homestretch of the 2017 Philippine Basketball Association Commissioner’s Cup.

Currently tied for first place, Star (8-2) still needs to win its final assignment to remain in the hunt for a top two placing and an ailing but desperate Alaska side (4-6) is set to challenge them in a meeting of rivals at 7 p.m. at the Cuneta Astrodome in Pasay City.

The Hotshots and the Beermen are two of the four teams still in the chase for a top two finish and the twice-to-beat advantage that goes along. Barangay Ginebra (8-2) and TNT KaTropa (8-3) are the other top teams in the running.

Ginebra has the inside crack of getting one of those two coveted ranks as it holds any tie-breaker with the other three teams after beating them all.

In case of ties, the winner-over-the-other rule applies first and then the quotient comes into play as well.

That’s why it’s essential for Star and San Miguel to win against their opponents tonight.

The Hotshots, though, will have a bit of a tougher task as they will take on the fading but dangerous Aces, who have lost six in a row after starting 4-0.

Alaska is in desperation mode as it needs to win to book a ticket to the quarterfinals, otherwise, it will be in a dangerous zone and might need a playoff to get through.