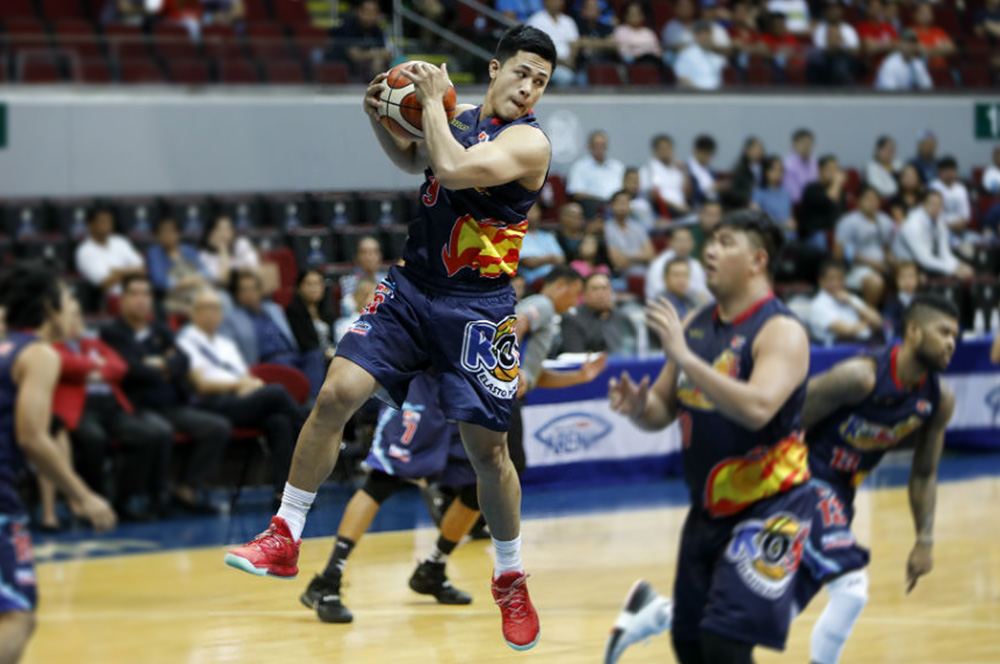 Cruz fired 11 of his 19 points in the final period in a dominant offensive display to underscore his status as one of the league’s fastest rising gunners.

The 2016 Most Improved Player played a solid supporting role to comebacking Rain or Shine import Duke Crews in the second half to help the Asian Coating franchise snap a two-game skid.

The victory enhanced the Elasto Painters chances of advancing to the playoffs heading to their last game in the single-round eliminations against TNT KaTropa on May 28.

The top eight teams after the elimination round advance to the quarterfinals. The bottom four teams are eliminated outright. The top two teams enjoy a twice-to-beat advantage against the seventh and eighth place squads. The third to sixth place squads battle in a best-of-three.

The underrated Cruz was drafted ninth overall by Rain or Shine in the 2014 PBA draft. His pro basketball career however was derailed by an early injury. He broke his foot during a Philippine Cup game against Ginebra and was out for the rest of the conference. He returned to active play in time to play during the 2015 Commissioner’s Cup.

After two seasons in the league he was recognized during the 2016 PBA Leo Awards as the Most Improved Player.

Cruz started his basketball career in Saipan where he helped the Commonwealth of the Northern Mariana Islands national basketball team take sixth in the 2008 FIBA Oceania Youth Tournament. He played so well that he was named one of the tournament’s Top 5 players.

He came to the Philippines in 2010 and played for the Rizal Technological University Blue Thunder which won the State Colleges and Universities Athletic Association crown.

He also helped RTU to two runner-up finishes in the National Capital Region Athletic Association bowing to Olivarez College and Colegio de Sta. Monica in 2010 and 2011. He was a member of the Mythical Team in 2011.

Adamson Soaring Falcons coach Leo Austria saw him playing in a tournament in Bacolod. He then joined Adamson and averaged 10.1 points per game while playing for the Falcons in the 2011 FilOil Flying V Preseason tournament. He improved his scoring average to 12.3 in his rookie year with Adamson in the 2012 UAAP season.