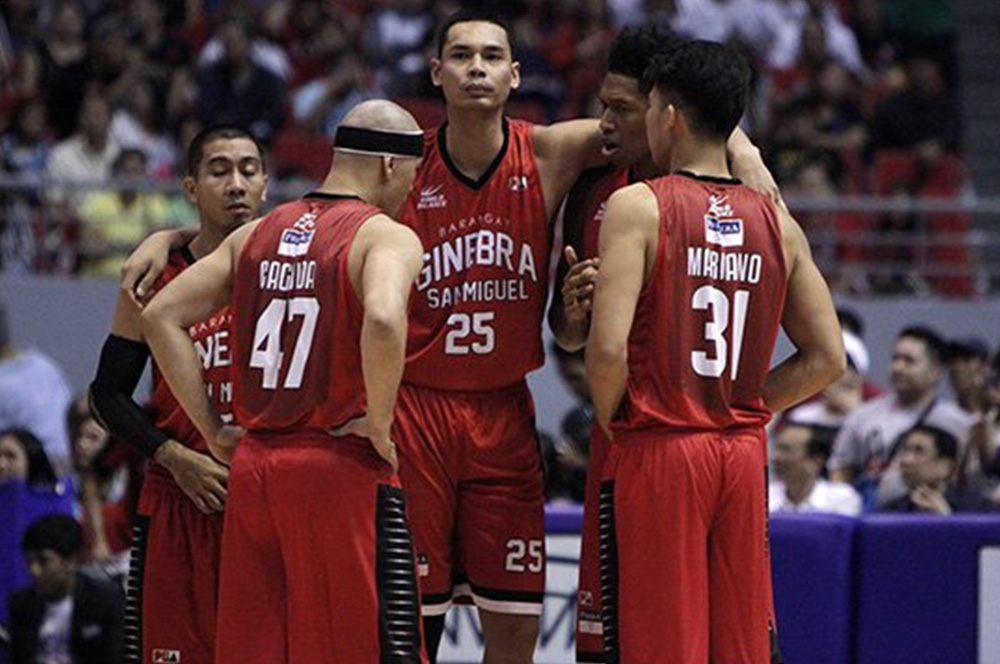 After getting back on track right away in its last game, Barangay Ginebra (6-2) now aims to grab solo second place as it is resumes its campaign against Blackwater (2-7), a team battling for survival, at 7 p.m., as the action shifts to Laguna at the Alonte Sports Arena.

With its then five-game winning streak snapped, the Gin Kings picked themselves up right away, emphatically earning their biggest win of the tournament by impressively downing San Miguel, 107-99, last Sunday in a rematch of the Philippine Cup finals.

That allowed them to remain tied with the Beermen at second place as the teams above battle for positioning with all of them looking to finish in the Top 2, which offers a twice-to-beat incentive in the quarterfinals.

Another victory for Ginebra will put it in a good spot to keep contending for one of those top two berths.

Gin Kings’ coach Tim Cone expects his team to keep its high level of play in this crucial stretch of the elimination round.

“We’re in a good spot right now, but we want to keep going. We need more wins and most importantly, we’d want to enter the quarterfinals with a lot of momentum,” he said.

Contrary to Ginebra, Blackwater is in the lower half of the standings and badly needs a win to remain in contention for a spot in the top eight. A loss will immediately take the Elite out of the equation.

The Elasto Painters, who got out of their slump in their last outing after a splendid 118-112 victory over Ginebra last week, want to keep their ascent and more importantly, secure a berth in the quarters with a follow-up win.

On the other hand, the Batang Pier, like the Elite, is also looking to survive and also tie Phoenix at No. 8.