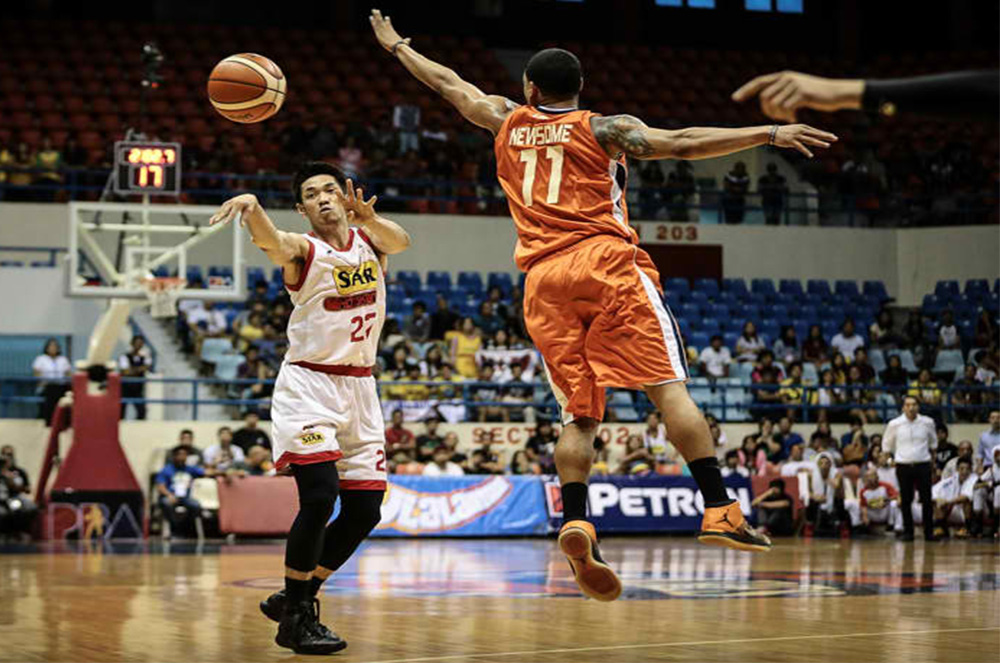 LEAGUE-LEADING teams Meralco Bolts and Star Hotshots take on each other today with an eye on taking solo top spot in the Philippine Basketball Association (PBA) Commissioner’s Cup and moving a step closer to claiming a twice-to-beat advantage in the quarterfinals.

Sporting identical 7-2 records entering the contest, the Bolts and Hotshots headline the scheduled double-header today at the Smart Araneta Coliseum at 7 p.m. in a game that could reap huge dividends with regard to securing the all-important incentive in the next round of the mid-season PBA tournament.

Lost in their previous game against GlobalPort Batang Pier, 94-86, on May 10, the Bolts are angling to get back to their winning ways as the elimination round draws to a close and build momentum.

In said game, Meralco got 19 points and 27 rebounds from reinforcement Alex Stepheson, and 16 and 14 points, respectively, from Justin Chua and Jared Dillinger.

But the Bolts were kept at bay by the Batang Pier, which paraded a new import in Justin Harper and local players Sean Anthony, Bradwyn Guinto and Jonathan Grey and played with renewed energy throughout the contest.

Meralco was outplayed by GlobalPort so much so that Bolts coach Norman Black admitted later that they “deserved to get beaten” by Batang Pier, and gave credit to the latter for their efforts.

The Meralco coach, however, vowed to be better in the next game and learn from the lessons of their previous match.

Looking to thwart the Bolts’ bounce-back push while at the same time trying to extend their current winning streak of three are the Hotshots.

Star’s latest conquest was over the TNT KaTropa, 107-97, that saw import Ricardo Ratliffe make an auspicious return to the PBA with 37 points, 22 rebounds (10 off offensive boards) and three blocks.

“Ratliffe was originally set to play in Dubai but fortunately in the end he decided to suit for us. Hopefully he stays healthy to help us for the remainder of the tournament,” said Star coach Chito Victolero of Mr. Ratliffe, who already played for the Star franchise in the past.

Allein Maliksi, who returns today after seeing action with Gilas Pilipinas in the 2017 Southeast Asian Basketball Men’s Championship, is the Hotshots’ top local scorer with a 13.3-point average while fellow Gilas player Jio Jalalon has been good for 11.6 points, five rebounds, 3.6 assists and 2.1 steals.

Paul Lee is the other Star player in double-digits scoring with 11.4 points to go along with 4.2 assists.

Meanwhile in the first game, Alaska, which has lost four straight, is out to wiggle out of its funk and return to the win column.

The string of defeats has dropped the Aces in the standings and they are now tinkering with early tournament exit if they do not get their act together.

Gilas player Calvin Abueva will be back for Alaska against NLEX, which has yet to win in the tournament in nine games.