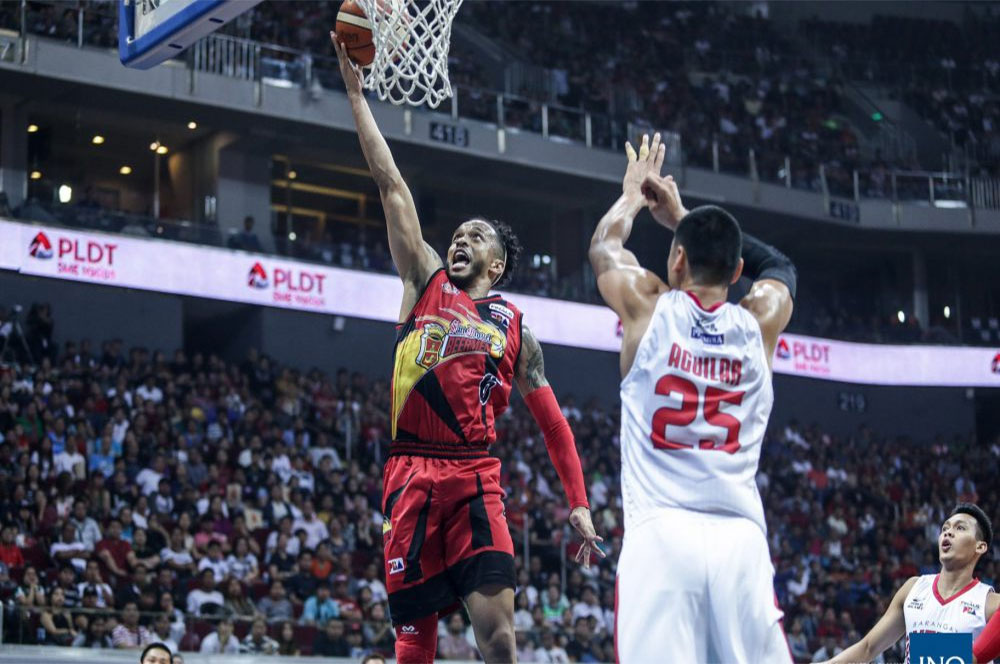 WITH their best-of-seven PBA Philippine Cup finals affair knotted at one game apiece, the San Miguel Beermen and Barangay Ginebra San Miguel Kings go for the upper hand when the series resumes today with Game Three at the Smart Araneta Coliseum.

Engaged each other in an epic Game Two battle in Lucena City last Sunday, which the Gin Kings won by the skin of their teeth in overtime, 124-118, the protagonists now try to seize the early lead in a series now reduced to a best-of-five encounter.

Barangay Ginebra managed to level the series by holding off a furious fight back by San Miguel from 26 points down at one point through what its coach described as just being resilient and taking on the challenge.

Despite being down by 24 points at halftime, the defending champions Beermen shoot their way back into the contest and were actually in a position to win before veteran Kings big man Joe Devance sent the game into overtime with a buzzer-beating follow-up shot off his own miss.

In the extra period, Barangay Ginebra dug deep and made the shots to outlast San Miguel.

Japeth Aguilar led the Kings with 23 points and 12 rebounds while Scottie Thompson had 18 points, 18 rebounds and eight assists to earn player of the game honors for Game Two.

LA Tenorio and Sol Mercado were the other Kings in double-digits with 15 and 11 points each.

Arwind Santos, meanwhile, top-scored for San Miguel with 23 points on top of 15 rebounds while Marcio Lassiter and Ronald Tubid had 21 and 16 points each. Chris Ross had a double-double of 16 points and 11 assists before fouling out.

Despite the win, Barangay Ginebra coach Tim Cone highlighted the rally that San Miguel made and how good their opponents can be.

“That was some game. It only gets to show the ability of San Miguel as a team. They just dominated us in the third quarter and for the most part of the fourth period. Good thing we showed resilience and took on the challenge and found a way to close out things in overtime,” said Mr. Cone, whose wards have been undefeated in out-of-town games for the eighth straight time.

He was seconded by Mr. Thompson, who also expressed hope that they get to build on their Game Two win in their next match.

“San Miguel really came out aggressive in the second half. They are a kind of team that if you allowed them to get their groove they will be hard to stop. But luckily we held on for the win. We hope we can build on this win in the next game,” the do-it-all guard said.