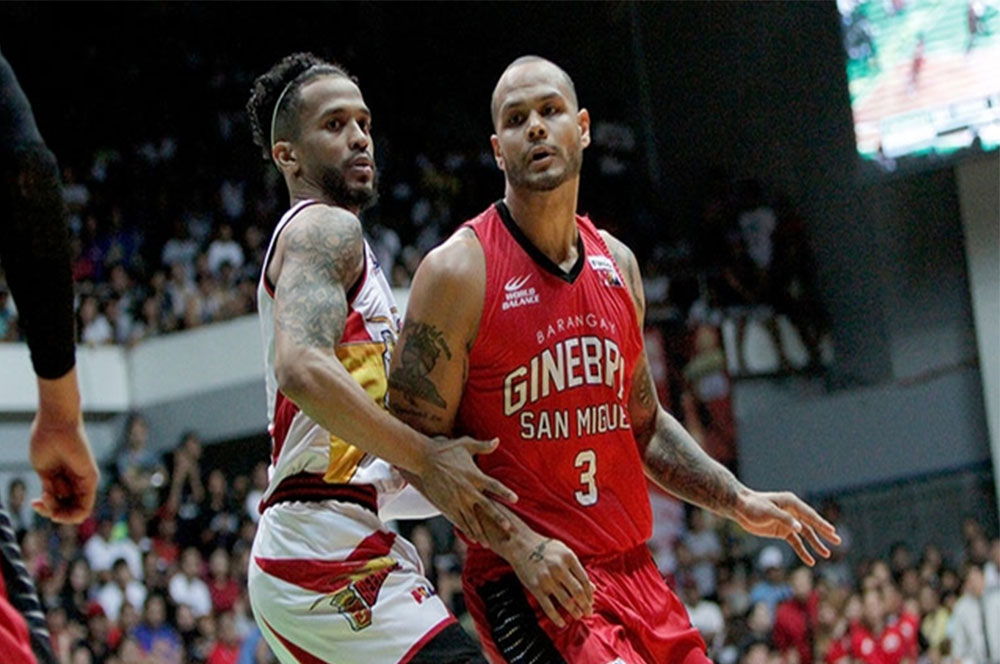 Shot the lights out early, particularly in the second quarter, the Kings went for the separation and held on to avenge their 109-82 defeat in Game One and reduce the finals series to a best-of-five affair.

The two teams went back and forth in the opening quarter but Barangay Ginebra had the last laugh as it finished strong to take the first canto, 28-20.

In the second period, the Kings exploded with rookie Kevin Ferrer leading the way.

In the third period, it was San Miguel’s turn to wax hot with Arwind Santos and Marcio Lassiter at the forefront.

Mr. Santos jump-started a strong start for the Beermen, which scored the first 15 points to narrow their deficit to just nine points, 67-58, with 8:40 left in the period.

San Miguel continued to chip away at Barangay Ginebra’s lead with Mr. Lassiter pouring in 16 points to help his team come within two points, 84-82, with over a minute left in the quarter.

But Mr. Lassiter was to be thrown out after for taunting, in follow up to a flagrant foul 1 early in the contest, just as the Kings went on to maintain the advantage at the end of the third frame, 85-82.

With their opponent seizing momentum, the Kings went on a 4-0 blast to start the payoff period to gave some added breathing space. But the Beermen went on an 11-3 blast after to tie the knot at 93-all with 6:28 left in the match.

San Miguel shot its way to a 98-95 lead thereafter only for Barangay Ginebra to reclaim the upper hand, 101-103, which it build on in the closing minutes.

The Kings continued to hold a three-point cushion, 106-103, with 59 seconds left in the match before Mr. Santos levelled things with a triple 12 seconds later.

Two free throws from Japeth Aguilar gave them another two-point lead with 34 ticks remaining but Gabby Espinas answered back with a three-point shot to push his team ahead with 21 seconds left.

The Kings muffed an inbounds play off a timeout but made up for it by forcing a turnover in the succeeding play.

They, however, failed to score and fouled Ronald Tubid with three seconds left. But Mr. Tubid only made one of two free throws to extend their lead to 110-108 and left the door open.

Joe Devance quickly seized the moment hitting a follow-up shot off his own miss as regulation time expired to send the game into overtime.

In the extra period, the Kings took advantage of their new lease on life, outscoring the Beermen, 8-2, in the first three minutes to build a 118-112 advantage.

The Beermen hit back-to-back triples to pull even then Barangay Ginebra scored six straight points to go on top anew, 124-118 with 33 seconds left, a lead they would finally maintain for the win.

Mr. Aguilar led the Kings with 23 points and 12 rebounds while Scottie Thompson had 18 points, 18 rebounds and eight assists.

Messrs. Ferrer and Devance finished with 21 and 16 markers, respectively. LA Tenorio and Sol Mercado were the other Kings in double-digits with 15 and 11 points each.

Mr. Santos top-scored for San Miguel with 23 points on top of 15 rebounds while Messrs. Lassiter and Tubid had 21 and 16 points each. Chris Ross had a double-double of 16 points and 11 assists before fouling out.

“San Miguel really came out aggressive in the second half. They are a kind of team that if you allowed them to get their groove they will be hard to stop. But luckily we held on for the win,” said Mr. Thompson, named player of the game, after their win.

“We hope we can build on this win in the next game,” he added.