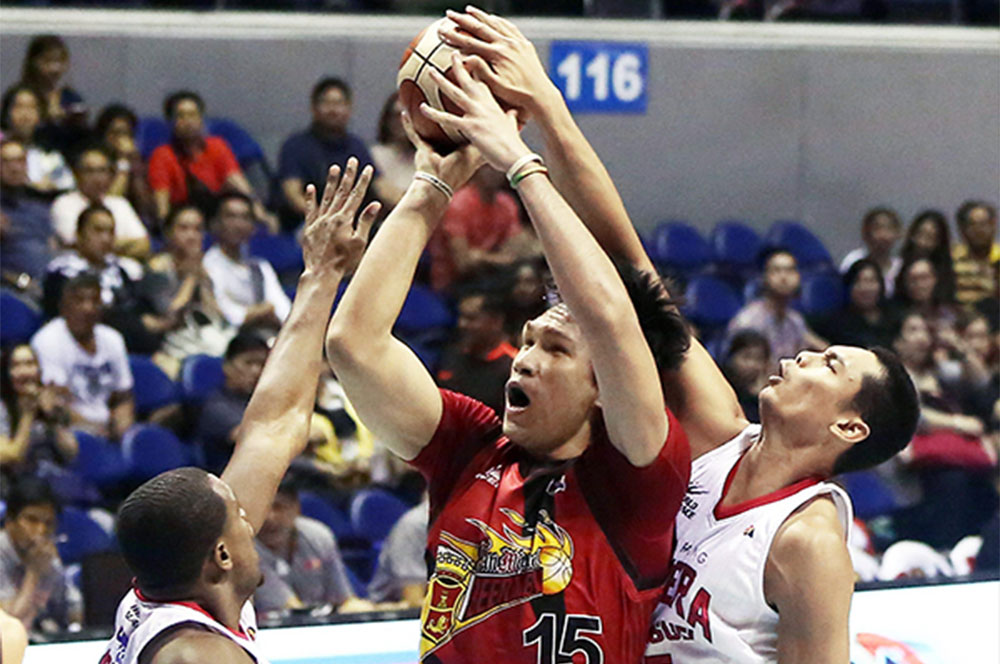 The series to begin today at the Mall of Asia Arena at 7 p.m. marks the first time that the two popular ball clubs are facing each other in the finals for some time.

It was in the 2009 Fiesta Conference that they last jousted in the finals where the Beermen won, 4-2, and in the Philippine Cup it was in 2007 where the Kings ruled, 4-2.

The Beermen made their way to the finals on deck by surviving the TNT KaTropa in a grueling seven-game semifinal series that went the full stretch.

Prior to that, they eliminated the Rain or Shine Elastopainters in the quarterfinals at the first instance, finding no use for their twice-to-beat advantage as the top seeds at the end of the elimination round.

Barangay Ginebra, for its part, has summoned its “never say die” spirit to great success, bucking a twice-to-win disadvantage in the quarterfinals against the higher-seeded Alaska Aces before coming from behind to beat another top team in the eliminations, the Star Hotshots, in the semifinals in seven games.

While they were stretched to the limit in the final four by TNT, San Miguel views it as something that should prepare them in the championship, especially against Barangay Ginebra which is capable of springing surprises.

“What happened to us in the semifinals should help us as a team. We were tested by TNT and it showed us what we are capable of doing with all the adjustments that we had to do,” said San Miguel coach Leo Austria shortly after securing a return trip to the finals early this week.

“We learned a lot from this series on how to use the pieces that we have, particularly our big man June Mar Fajardo,” he added.

For Barangay Ginebra, being in the finals and the way it did it bring much pride to the team but it also sees a far bigger challenge against the defending champions.

“I didn’t watch the other series as I was focused on our series with Star. I allowed my other coaches do the scouting,” admitted Kings coach Tim Cone following their Game Seven victory over the Hotshots.

“Now that we’re done here, time for me to catch up in preparing for San Miguel. But most surely the Beermen with June Mar and their many weapons will be a handful for us and we really have to be ready against them,” the winningest coach in PBA history added.

“It has been a while since San Miguel and Ginebra faced in the finals, so fans can expect the best efforts from both teams. San Miguel is the defending champion, a powerhouse team, and we know what they are capable of. But Ginebra surely won’t back down. It showed that in its last two games against Star where it really rose to the challenge,” the analyst said in an interview with BusinessWorld.

Mr. Verora went on to say that important for both teams is to take control of the pace as much as possible and make each other adjust to it, with San Miguel “more effective on a deliberate and calculated pace” with Mr. Fajardo as anchor, and Barangay Ginebra “more of small ball and run-and-gun.”

He said San Miguel should have the upper hand and may well take it in a long series but he is not discounting a Barangay Ginebra challenge.

“San Miguel still takes it in a long series, maybe six or seven. They will be challenged by Ginebra but San Miguel has seen it all. It came back last year from a 0-3 finals deficit so it speaks a lot of the kind of team it is,” Mr. Verora said.

Following Game One today, the finals hit the road to Lucena City for Game Two on Sunday at 6:30 p.m.