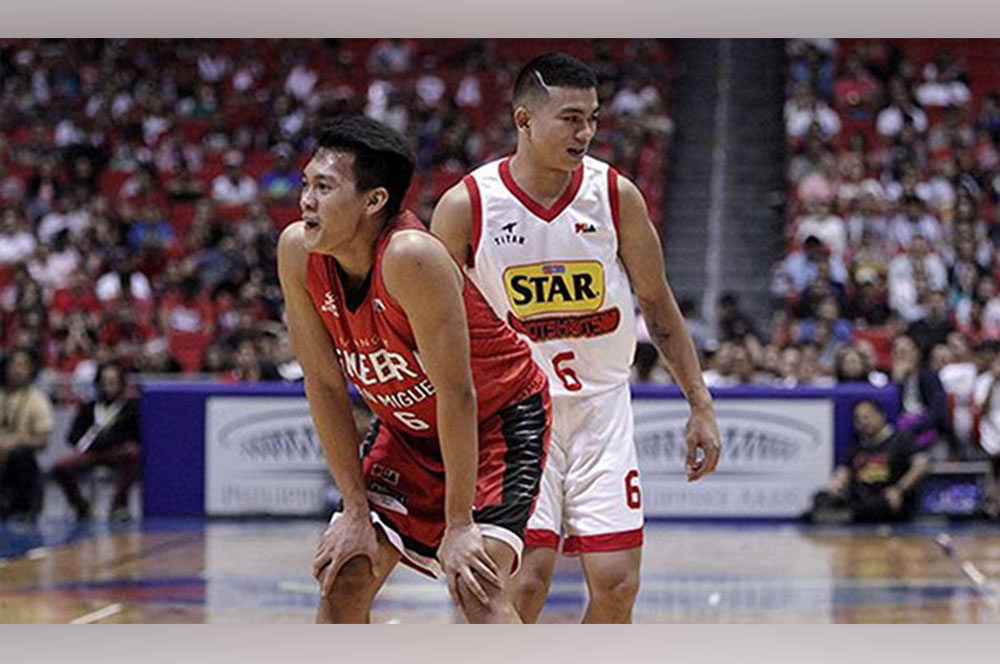 ONE will have a crack at glory, while the other is bound to go home.

It’s all or nothing for Barangay Ginebra and Star as they lock horns one last time in their best-of-seven semifinals series, with a trip to the finals on the line in Game 7 of the 2017 Philippine Basketball Association Philippine Cup playoffs.

The Gin Kings and the Hotshots go for all the marbles with their war’s concluding game at 7 p.m. today at the Mall of Asia Arena in Pasay City.

For the third time this conference, Barangay Ginebra staved off elimination and stayed alive, mauling Star with an impressive 91-67 rout in Game 6 Sunday night to tie the series and force a decider after trailing 2-3 in the series.

But Gin Kings’ coach Tim Cone was quick to move forward and stated that it now boils down to one single game.

“Game 7 is anyone’s game,” said Cone. “Whoever comes out and has a better night is going to win and take it. Game 7 is a players’ game. It all boils down to who wants it more.”

After yet another solid performance that saved their campaign, Cone commended his wards’ survival skills this conference as they continued their journey.

“My guys have shown great resilience and resolve all conference long. So many times we could’ve quit and say ‘no mas’ but that’s not going to happen with us,” Cone said.

With Game 7 ahead, it will now be a matter which cast shows up more.

In their own do-or-die Game 7, defending champion San Miguel Beer and TNT KaTropa are going all out as of this report to see who takes the other finals spot.