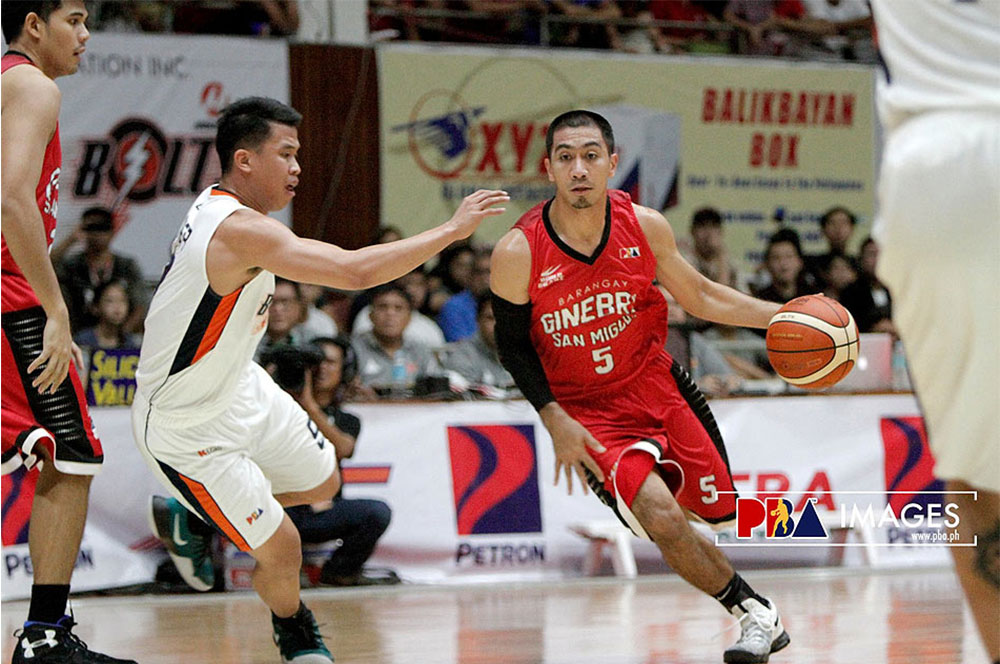 Struggling to buy a bucket, Meralco fell to its sixth straight defeat, losing to Finals tormentor Ginebra, 83-72 Saturday in the 2017 PBA Philippine Cup at University of San Agustin Gym in Ilo-ilo.

Shooting a measly 26-percent from the field, the Bolts further fell in danger of missing out the playoffs as the Gin Kings put on a stranglehold on defense.

Ginebra broke the game wide open and took a 14-point lead, 79-65, on a Japeth Aguilar jumper with 1:59 left in the third period.

Baser Amer dropped two treys late to stage a comeback, but it was too tall of a task to hurdle as the Gin Kings moved up to a 4-4 slate, good for sixth alongside Blackwater and Phoenix.

Aguilar also added 17 in the win in the first meeting between the 2016 Governors’ Cup contenders.

Reynel Hugnatan missed his mark as he went on a paltry 3-of-14 shooting from the field. His free throws, though, allowed him to pace Meralco with 18 points.

Chris Newsome had a near double-double of 14 markers and nine rebounds, but his efforts went for naught anew as the team fell to a 2-7 record.