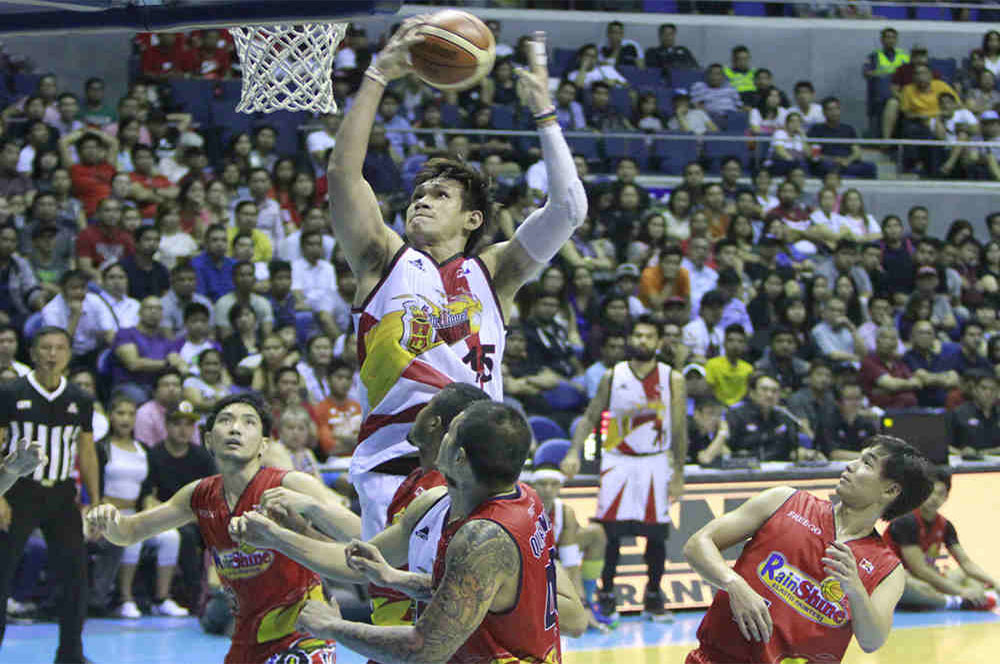 THE much-anticipated battle between the top two teams finally takes place as sizzling San Miguel Beer and Rain or Shine collide in a titanic clash in the 2017 Philippine Basketball Association Philippine Cup.

Winners of six straight, the top-ranked Beermen (7-1) are on a roll and they plan on continuing their surge, but the second-running Elasto Painters (5-2) are likewise on a streak.

It will be interesting to see which team continues its ascend in their 7 p.m. meeting at the Mall of Asia Arena in Pasay City tonight.

Regardless of the result between its clash against Rain or Shine, San Miguel will still remain as the top team after today.

Still, the Beermen, who are the first team in the quarterfinals, want to keep their winning streak to inch closer to finally securing a Top 2 finish and a twice-to-beat advantage in the next phase.

“What we want now is to finish in the top two to get a twice-to-beat,” said San Miguel coach Leo Austria, who will again bank on behemoth JuneMar Fajardo, Arwind Santos and his trusted wards. “We need to keep several more games.”

For the Elasto Painters, who are on a two-game winning run, it’s about keeping their second place as there’s a risk they might fall in the middle should they lose.

A win will guarantee them of keeping their current standing and will move them a step closer to also formalizing their entry in the playoffs.

Both teams were coming off victories just last Sunday.

The curtain-raiser between the Batang Pier and the Road Warriors is equally as important.

GlobalPort aims at either taking solo third place or gaining a share of second while NLEX looks to finally list its first winning streak of the season.